The Palace of Herrenchiemsee 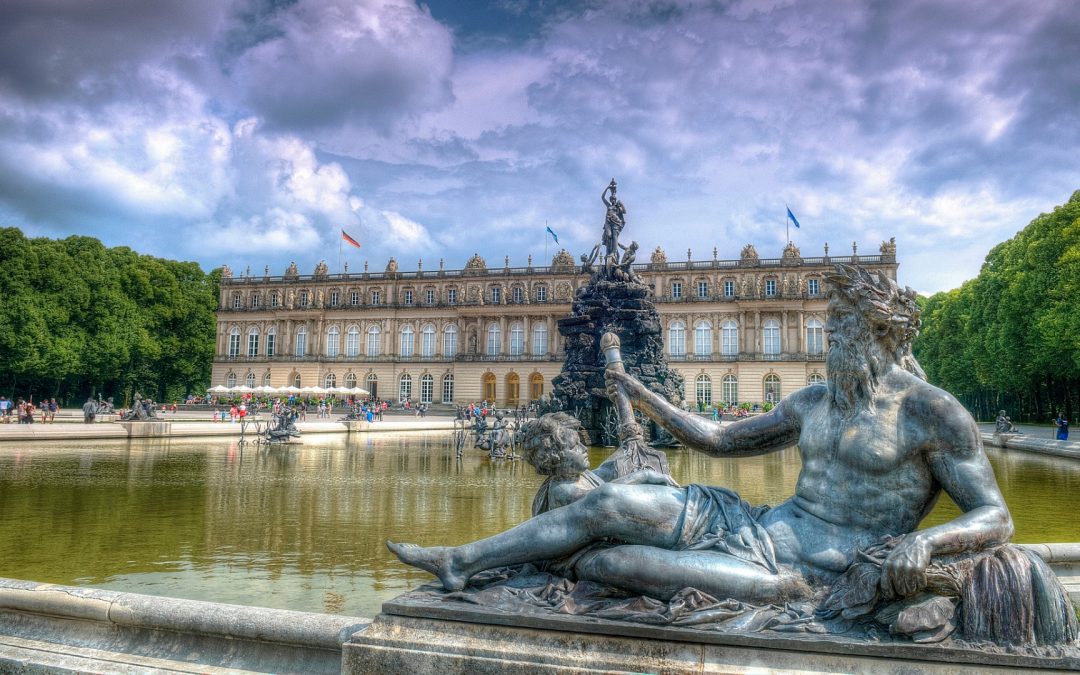 King Ludwig is for sure one of the most famous person of Bavaria and for sure on of the most famous royal of Germany. He was only the ruler of Bavaria and with his idea of not caring that much any more for the state he started to get more and more into his dreamworld and did everything in order to make his dreamworld as alive as possible. On one side he helped underdeveloped areas with his construction to give jobs to people there and also nowadays as a tourist attraction but on the other hand also brought the state very close to bankruptcy.

The most famous castle he constructed was “Neuschwanstein” which was also used by Disney as a typically dream castle and takes place in several Disney stories. Hid dreamworld was it to construct different palaces and castles to strengthen his fantasy even more. He was able to create three palaces of which only one has been finished: The “Linderhof”, the smallest place close to Oberammergau. The second most advanced was the place of “Neuschwanstein”, nearby Füssen and the third palace is the palace of “Herrenchiemsee, on the lake of Chiemsee. For each palace he used a different theme. For Neuschwanstein and Linderhof he used as a basis Richard Wagner, the palace of Herrenchiemsee is a difference: He used for this palace as a basis the famous “sun king of France”: Ludwig the 14th. who also created the palace of Versailles. 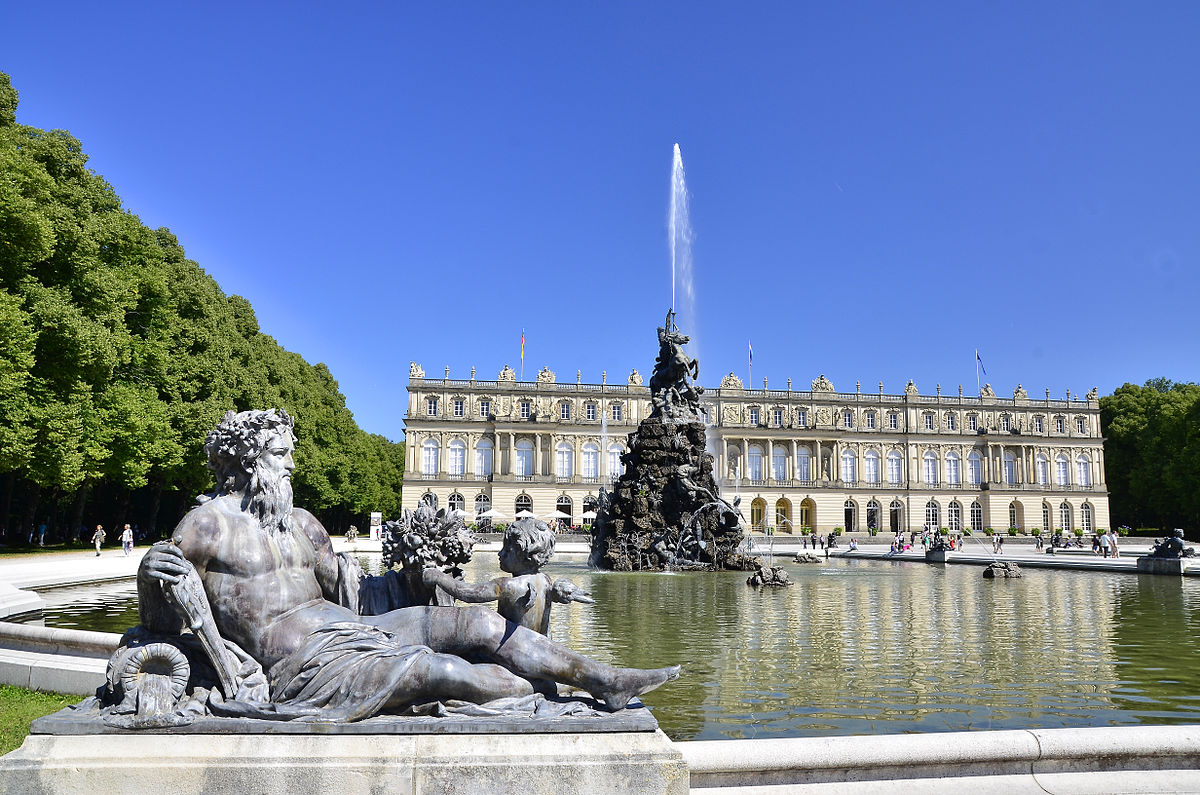 The royal palace of Herrenchiemsee reflects the Bavarian style and the dream world at it’s best: It was the last project of King LudwigII of Bavaria and ended with his death in the year 1886 at a mostly unfinished condition. After a travel to France and a visit of the palace of Versailles King Ludwig wanted to create a similar palace in Bavaria. After hearing that the island of Herrenchiemsee will be sold, King Ludwig bought the island. Even if the island was flat and the Chiemgau area was not full of mountains and did not appear to King Ludwig as great but the island turned out to be the perfect area to build the copy of Versailles, as it is very private and not easy to get there. The big ideal was King Ludwig 14th from France who used to say: “I am the state” and saw himself as the sun king because of the favors towards the church. The palace of Herrenchiemsee is the most expensive palace of King LudwigII: It costed until his death more than the Linderhof and the castle of Neuschwanstein together. With the building of the castles he supported a lot the local industry and increased the handcrafted arts to the peak of that time.

King Ludwig decided for each castle to have a collection: In Herrenchiemsee he hosted his clock and watch collection, in Linderhof his Vase collection and in Neuschwanstein his collection of swans.

Even if King Ludwig’s last wish was it that nobody should ever see the inside of his castles and that they should be destroyed after his death, the state of Bavaria opened just several weeks after his death the castles and are nowadays one of the biggest tourist attractions in Germany. So enjoy and see the palace of Herrenchiemsee. 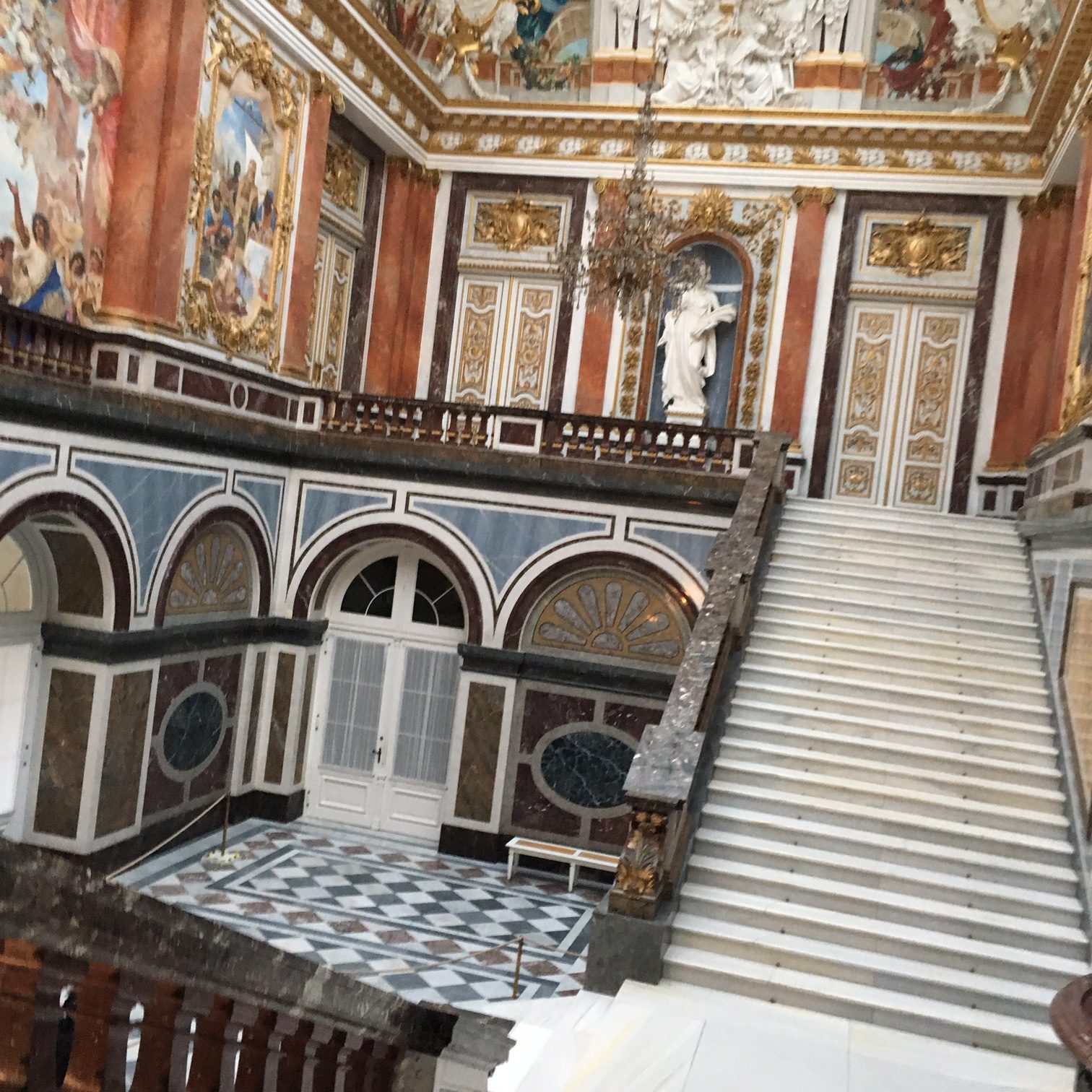 The royal King ludwig’s palace of Herrenchiemsee on the men’s island of the Chiemsee shows you perfectly how King Ludwig lived and how he created his dream world around him and how he wanted to bring it to the standard of the 19th century. In his last wish King Ludwig wanted that each palace and castle should be destroyed after his death. Lucky the Bavarian state decided differently and gives us now days the possibility to visit all of his dream castles and brings us closer to his ideas and lifestyle. Each room and exhibition item will be explained during a tour of the palace and shows you all the different steps of the construction. Enjoy also the unfinished part of the palace that explains you even more the development of this palace. See, feel and enter the dreamworld of this eccentric king and why he brought the state almost to bankruptcy due to the master builder of King LudwigII!

Enjoy a trip to the lake of Chiemsee and visit this palace with Be Special Tours. Have fun in Salzburg with Be special tours!