The Oberammergau village and the Passion play 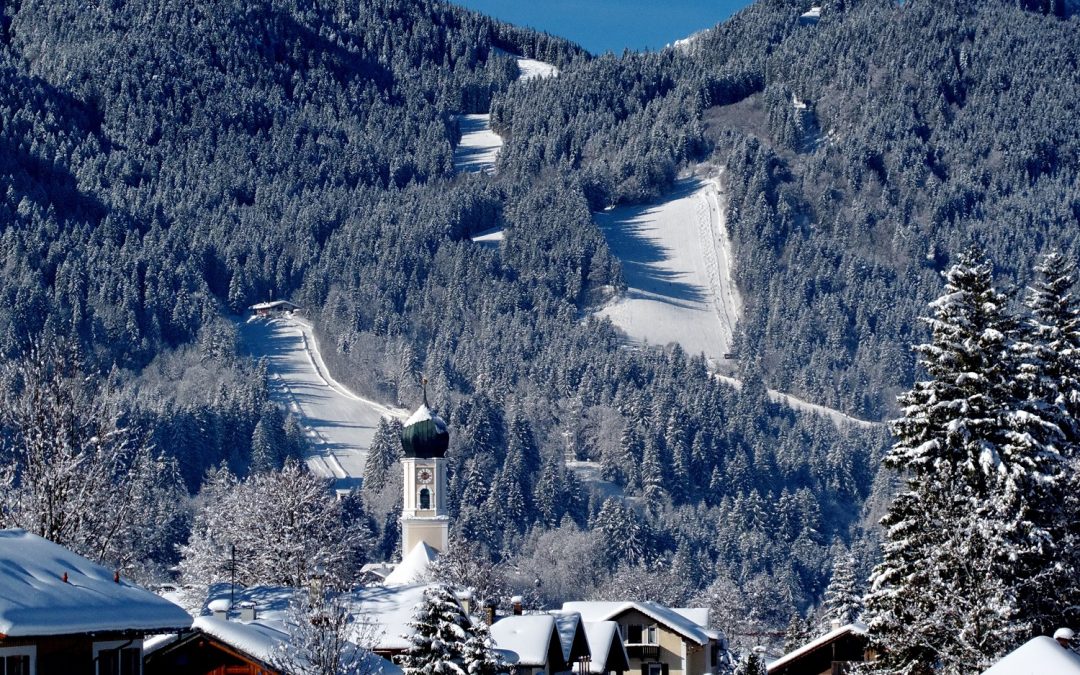 Oberammergau – a village in the German Alps

Oberammergau is a village in the Garmisch-Partenkirchen region and for sure one of the most famous one. It is after Garmisch the most important village in the region. The village is located in the Ammergauer Alps and known for it’s touristic importance.
The village of Oberammergau has a bit more than 5.500 inhabitants and is mostly know for their tourism destinations. With more than 400.000 tourists per year it is the most important industry for the region.
Located in the Ettal valley, formed by glaciers millions of years ago and surrounded by many mountains it allows to do many sports that are normally done in flat land, such as cross country skiing, etc. The area has also many natural highlights to be explored by hikers and people that just enjoy the mountains. Unfortunately due to its location in the middle of the mountains it is also one of the rainiest areas of Bavaria. Coming to Oberammergau is only possible by car, or bus, or with the small local train.
The easiest way to get there is with the train or car to Garmisch and then taking the turn to Ettl, or changing into buses to Oberammergau.

The nearest international airport is Munich, but there is also a small airport for private airplanes at Garmisch.

The village of Oberammergau is nowadays popular among all people for it’s passion plays, as well as for it’s woodcarver artists. Every ten years the passion plays are performed and wi unless there are any unforeseen events, such as wars, or Pandemic the passion play keeps a 10year distance between it’s performances. Close by are also two of the castles of King Ludwig: The Linderhof, King Ludwig’s only finished palace and not far from Oberammergau, in the Ettal valley, bedded in the middle of untouched nature and the Neuschwanstein palace, King Ludwig’s most famous palace, that also inspired Disney for it’s famous Disney palace.

In the winter time people come to this attractive village to experience the mountains for skiing, or learning to ski, or for cross country skiing and to enjoy the quietness of nature in a perfect winter wonder land. 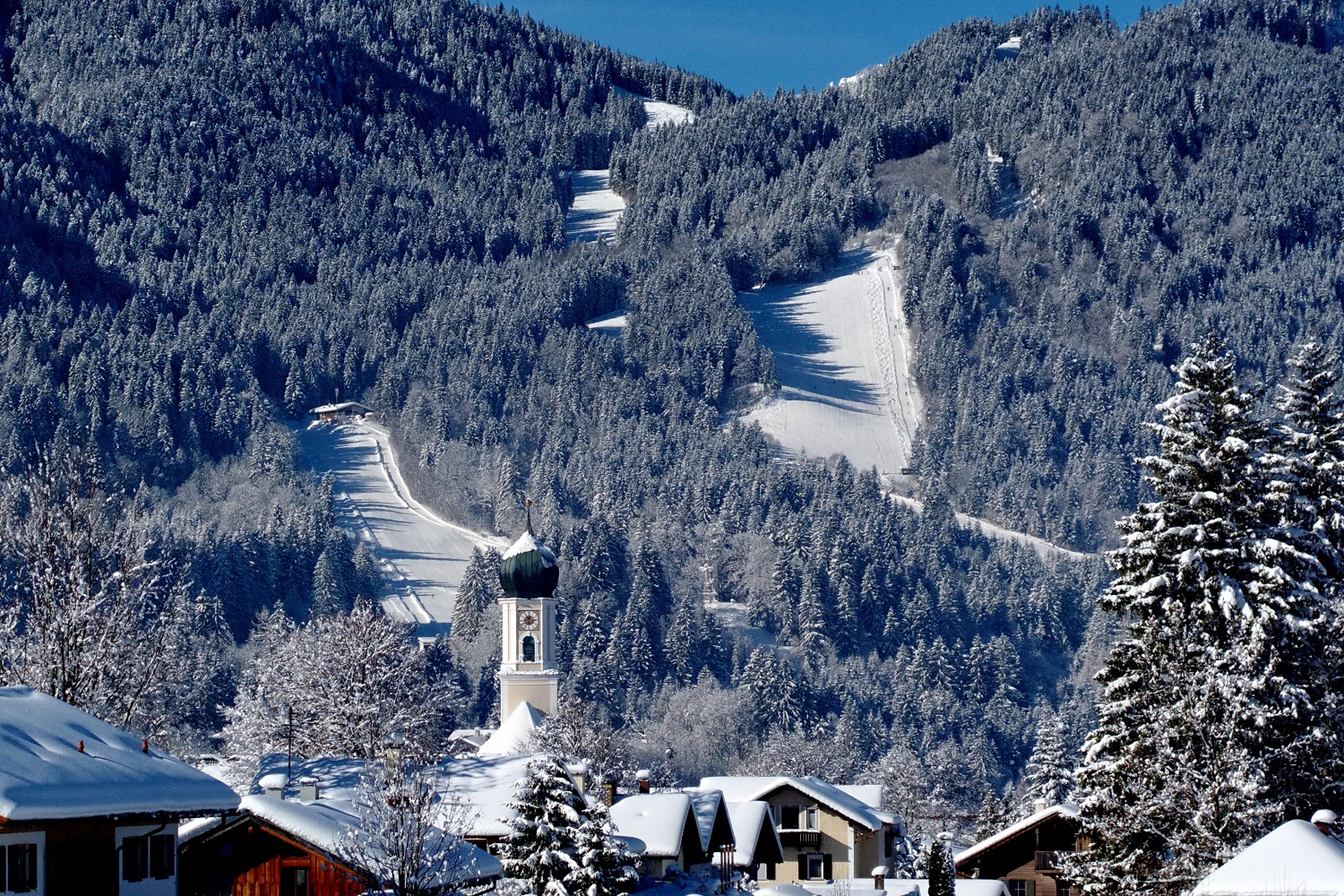 Oberammergau shows the best of it’s culture and the bavarian faith. You will see numbers of wood carvers, one more talented than the other and almost all of them are happy to create a unique piece according to your ideas or wishes and by the many decorated houses that show the hundreds of years of history.

The first settlements in Oberammergau go most probably back to the time of the celts but there is no proven timing. The first proven settlement is from about 15 before christ, as there must have been a roman camp. The first proven settlements were from the 9th century after christ, as there was decided to make a abbey in the area of Oberammergau. In the 12th century the first church was constructed in the village of Oberammergau. In the 14th century the biggest abbey in the area, called Ettal was constructed and is until nowadays the most important one in the area. Since the 16th century the importance of the woods and the woodcarvers started to become one of the most important industries for the region. Besides that already the kings of Bavaria allowed here to charge taxes and controlled the hunting in this area.

In the 17th century, during the time of the 30years war the region and the village suffered very much by the traveling through of the imperial troops and by foreigners that settled in the area and occupied illegally land, as well as also tried to suppress the locals. For this reason the abbey of Ettal had a court until the 19th century. 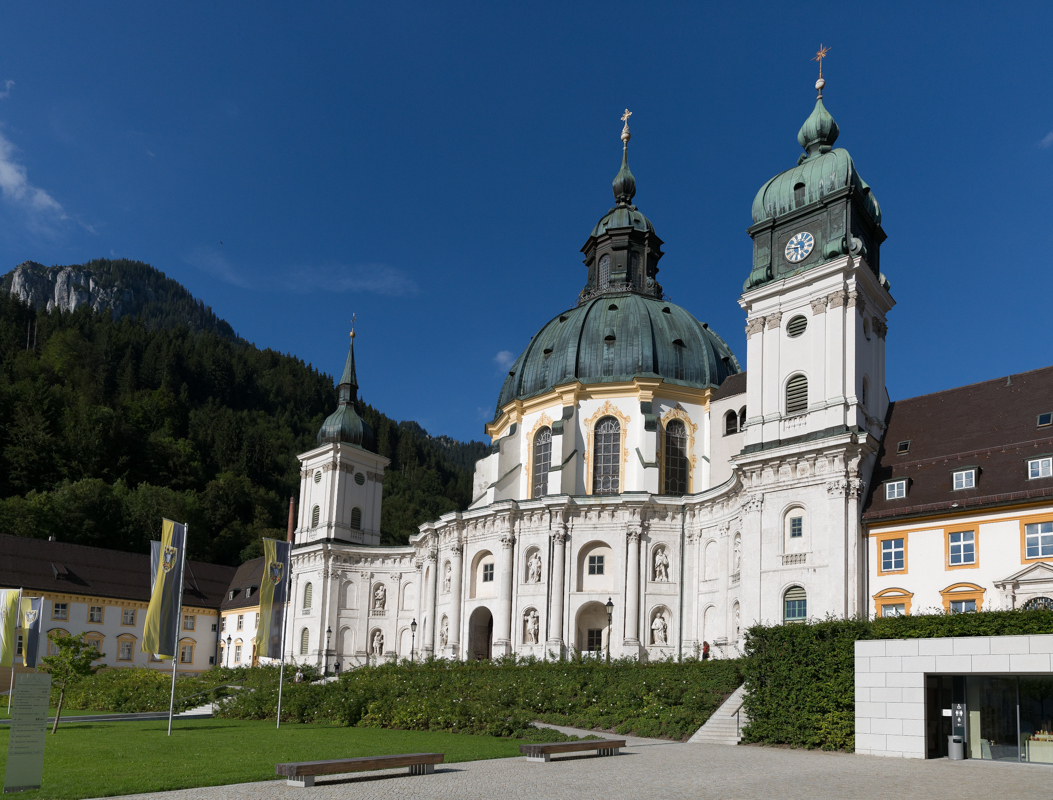 In the year 1633 was the worst year as the imperial troops took everything that they could use, such as food, burning wood, wagons, etc and the black plaque arrived to the village. In this year over 80 people died due to the black plaque. The people had no idea what to do and found hope in the faith to god. This is the reason why the vow of a passion play was made if the village will overcome the black plaque. The first passion play was done in the following year of 1634. The passion play shows the last 5 days of the life of Jesus Christ. Since 1680 the passion play have been performed in a 10years’ rhythm. In the 20th century only two extra performances were made in the year 1934 and 1984 due to the 300 and 350th anniversary of the passion play. For 2034 another extra performance is already planned. Due to the pandemic of 2020, the passion play is postponed to 2022. The passion play allow only inhabitants from the village to be part of the performance. In the initial times all of the inhabitants were part of the stage, nowadays at least half of the inhabitants are involved, not only as actors but also everything around it. Since the 20th century the passion play has become also a political issue and therefore had to be changed several times. In 1960s the passion play had to be re-written because the Vatican approved that the jews were not the responsible people for the death of Jesus Christ. in the year 1990 the state of Bavaria decided that the actors have to be treated equally, meaning that married women and people of different religion must be given the chance to perform as well. In the passion play of 2020/2022 for the first time Jesus is performed by a muslim person, showing also the opening of the old traditions that only catholics and male inhabitants for already over 3 generations were allowed as actors. Each time before the performances huge discussions among the village happen and the tickets are sold out far in advance.

Since the year 1938 a military base has been in Oberammergau, hosting first the troops of the Wehrmacht, after the second world war the american troops and since the 1990s back to the German army and a big army facility was added. During the second world war a construction of Messerschmitt was constructed with more than 500 workers.

Nowadays tourism and the timber industry are the main industries, especially the performances of the passion play bring more than 500.000 tourist to village and is the biggest economical factor for the village.

Visiting the village of Oberammergau visitors will recognize the numerous wood carving artists, as well as the so called “Lüftlmalerei” on the houses in the center, showing the art of colored paintings on the house facades, mostly religious scenes and related to the passion plays. The name originated from the building, hosting the local museum, called Lueftl. 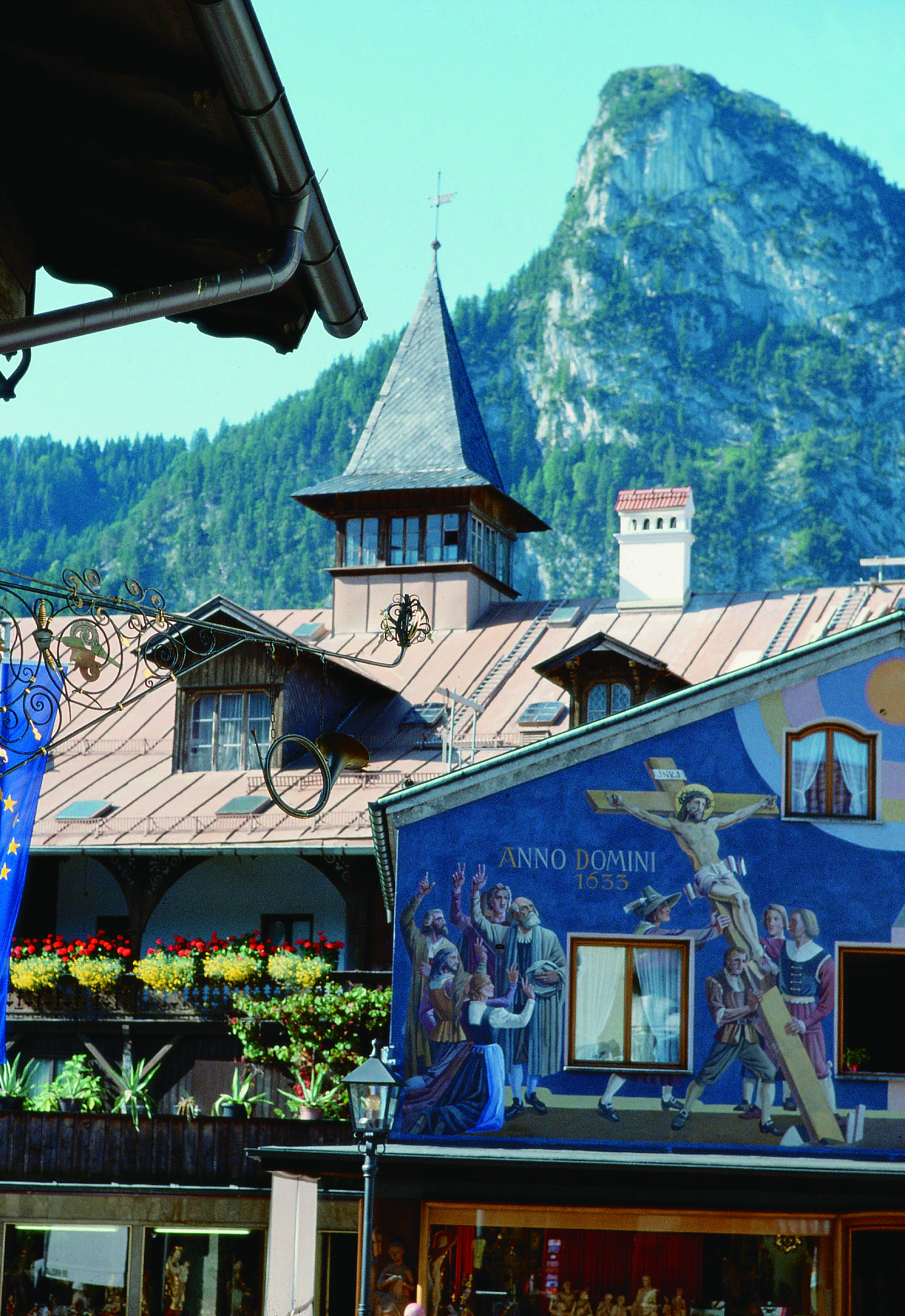 Tourists love the region for its natural beauty, as well as the quietness of nature and the traditional outlook of the village. New hotels are only allowed to be constructed if they follow traditional outlooks and if there are no over tourism happening. The area has as sights the abbey of Ettal, a show cheese factory and the palace of Linderhof and a mountain hut that has been constructed for the dream King LudwigII of Bavaria.

Tour Oberammergau, the Ettal and the King Ludwig castles

If you want to enjoy some great time in Oberammergau, book a tailor-made tour to Oberammergau with B(e)special Tours from Salzburg, or arrive directly in Munich, enjoy a city tour with our comfortable vehicles, enjoy a guided tour through the village of Oberammergau and continue a nice drive through Germany and see the palace of Linderhof. So if you are planning to come to Oberammergau, or if you want to do a tour to from Salzburg to the palace of Linderhof, Neuschwanstein (the Disney castle) and the village of Oberammergau then please do not miss a nice ride with b(e)special tours! It is fun for youngsters and the older ones and you can taste a lot of delicious typical Austrian dishes a! Enjoy the fascinating area of Oberammergau – Passion Play and history – with fresh ideas, food and a lots of fun – bespecialtours!