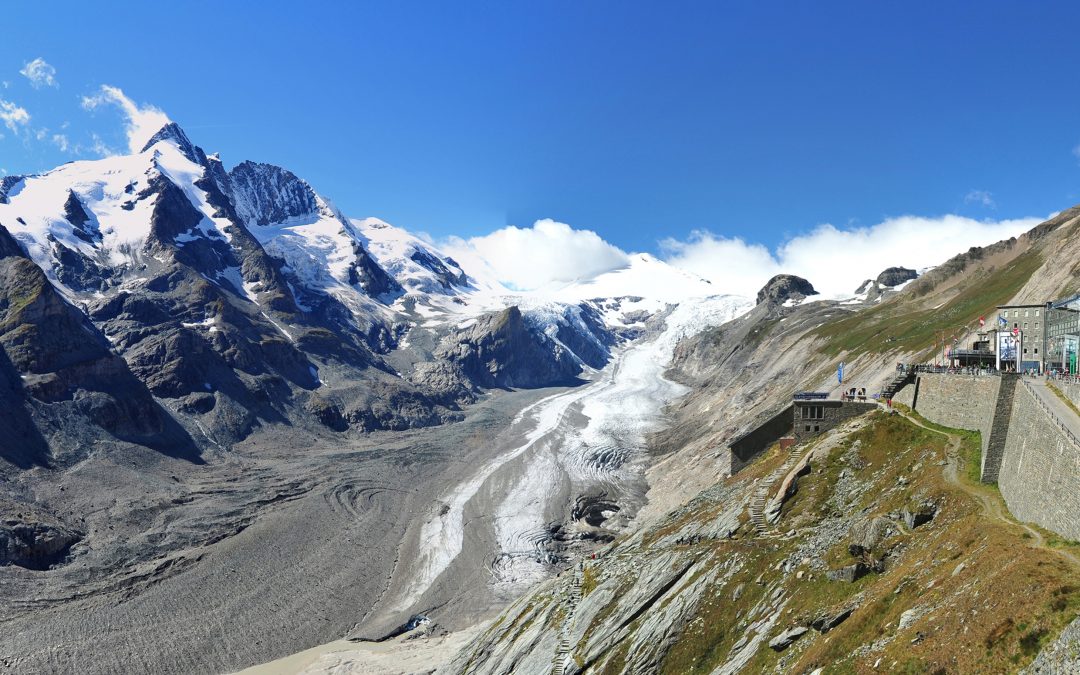 historical pass road to the Grossglockner

A street to the highest mountain in Austria can be nice and fascinating at the same time. It means a perfect combination of a great nature, an engineering peak to construct this road and a thrill of all the cars driving over that road and to “touch” the biggest glacier of Austria and see the biggest mountain of Austria 12.461ft. above the sea level.

I will not tell you in the following a lot of details concerning the circumstances but I can tell you that it was a great achievement to finish this road. The first car ever driving over this alpine road was in the year 1934. In the year 1935 the road was officially opened. 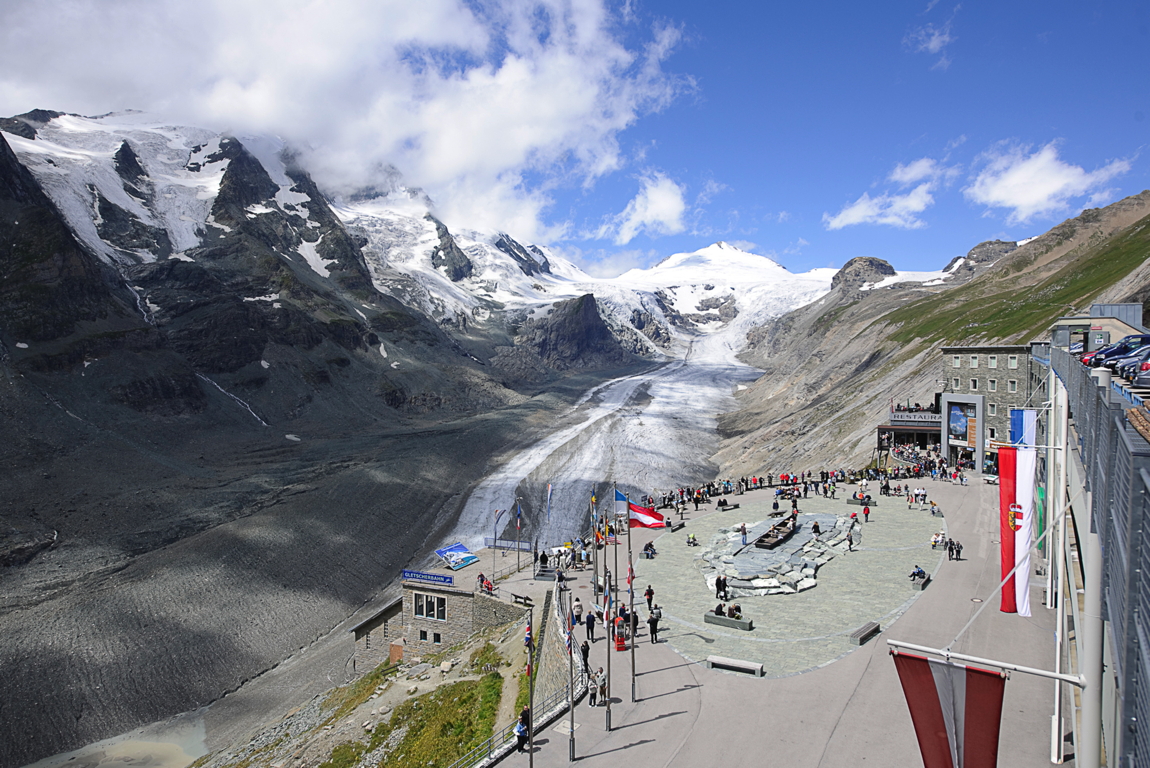 a fascinating road to the top of the Austrian Alps

This road is not only a fascinating road in the mountains but it is also a symbol of this time before the second world war. In the year of 1930, the time when Hitler became more and more powerful in Germany, Austria was in the middle of a depression, facing still the problems of the first world war and having an unemployment rate of 26%, the Austrian Government and the head of the region of Salzburg took a plan into reality to built an alpine road to give job to 3.200 employees and for the upcoming tourists that will come in the future. It became the symbol for the whole country of Austria, that it is possible to make an alpine road to the highest mountain of Austria and to built the highest mountain road within the Alps to be able to cross with a car. Not only it was also possible to realize this road within short time with limited resources but also it was show to the world that technical advantage is in Austria ad therefore the industry also hoped to get a new order plus.

In the year 1934 already, Mr. Franz Rehrl, the governor of Salzburg, Franz Wallack, the architecture drove with their Steyr 100 over the road, achieving the first alpine crossing in an automobile on a graded road.

The politicians at that time forced very much the automotive industry and therefore pushed as much as possible the construction of such a road and the upcoming automotive industry in the country as an opposite to the regime in the neighbor country of Germany.

In the year 1935, on the 3rd. August the road was officially opened to the public with an international automobile and motorcycle race over the Grossglockner alpine road.

But why do the people come to this road and what makes this road so attractive for everyone? The road leads in very short time directly into the fascinating world of alpine culture and nature. Since the year of 1971 the Hochalpenstrasse and the area surrounding it is part of the national park “hohe Tauern” and the park rangers do several controls per day to make sure that the nature is keeping so much in shape so that everyone gets the same possibility to enjoy this nature and the outstanding mountains around this road.

From the Kaiser Franz Josephs height (named after the last Austrian ruler visited this place together with his wife in the year 1896) you can also take a breathtaking view to the Grossglockner, the Kleinglockner and the biggest glacier of Austria: Pasterze. 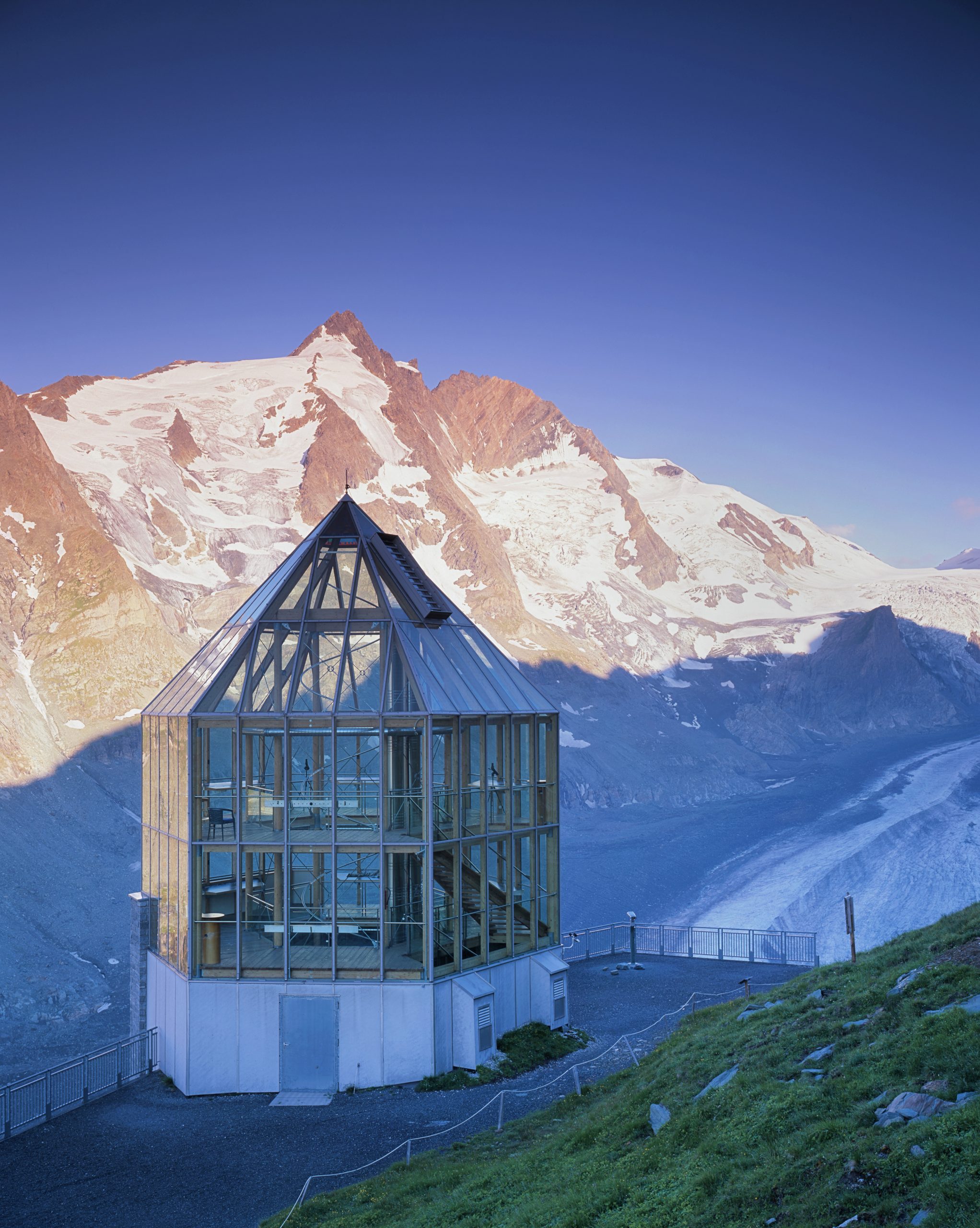 In the year 1936 and 1937 over 370 workers had to shuffle out this road. Since the year 1953 the so-called Wallack rotary plows fulfill the job. With 4 plows every year the road is going to be cleared and it is a fascinating event to see while they have to dig their way through 20 – 50 feet of snow covering the area and the road.

After this event in April, the nature slowly slowly awakes from its winter-sleep and the tourists can come. For beginning of May the road opens and the quietness in this area is over, when the mountain goats, the marmots, the flowers, the tourist, the bikers, the cyclists climb up this road and go down.

The road has been used many times in different sport’s events, such as the Giro d’italia and the bicycle mountain race of Austria and the mountain hiking race, the marathon race and different mountain races by bikes, trackers, sport’s cars and historical cars.

The road has also used by Ferdinand Porsche for his first test drives. Also the first VW beetle has been tested in the year 1937/1938 on the Grossglockner Alpine road. For this tradition you will see every year different car producers testing their cars (many times they are still covered to not realize which car is going to be tested) to make sure that also in extreme conditions in the alpine regions and to test the new brake systems on the 47 turns of this alpine road. It gives for these tests the perfect conditions.

If you think that you could always drive this smoothly over this road, I have to disappoint you. The road has only been asphalted in the middle of the 50ies and expanded to over 20ft. of wide. The final stage of finishing the road to nowadays outlook has been done in the year 1973. Since this year no piece of the road is with gravel.

Since the year 2015 the Grossglockner Hochalpenstrasse is also part of the UNESCO world heritage and has to fulfill therefore certain rules and certain conditions.

Every spring and during summer time regular checks of the mountain has to be done in order to avoid rocks falling on the road and to assure a perfect service at the road. Also helpers for cars that are overheating or where the brakes start to malfunction is always provided. It is open everyday from 6am until 8am, in the months of July and August until 9pm. 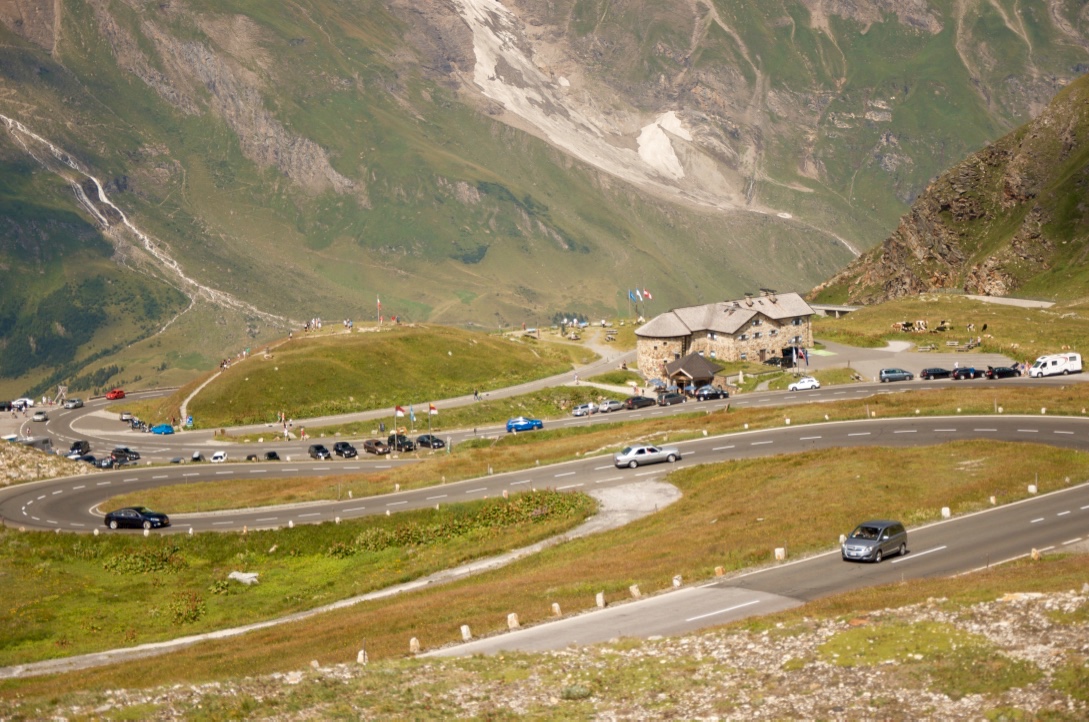 Drive with us up to the Grossglockner and learn more about this spectacular place full of nature, engineering achievements and a spectacular nature. We are looking forward to meet you here in Salzburg. Best regards and a good travel Be Special Tours!