The fortress of Salzburg 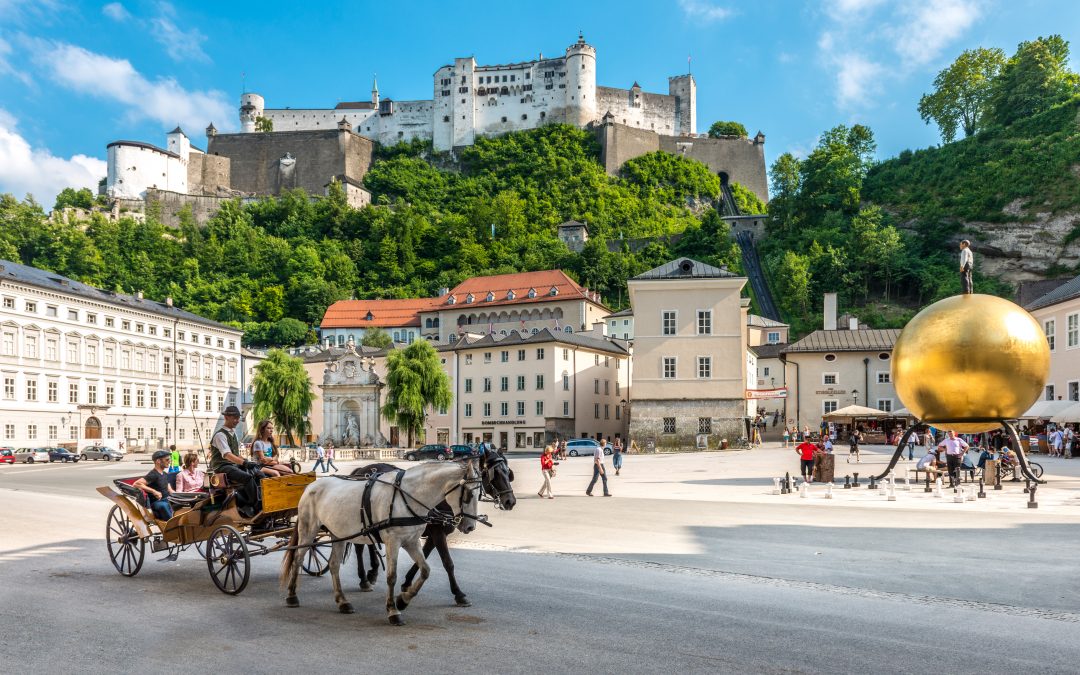 The Festung Hohensalzburg / Fortress of Salzburg

At the center of this wonderful city Salzburg is the Fortress of Hohensalzburg. The fortress makes the skyline of this city unique in the world and is shown on nearly every picture of Salzburg.

But was it really built for fighting activities? What really happened up there and how many towers do they have? Answers to these questions you will find in our following blog. 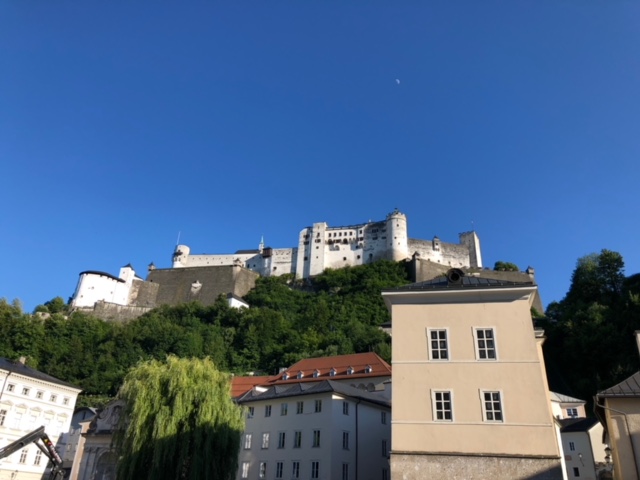 The fortress of Hohensalzburg is over 900 years old and one of the best preserved castles from the 11th century in Europe. It is a place full of legends and stories and of course documented historical areas within the city history of Salzburg. Let’s make a view back to the times of the prince archbishops when Salzburg was the center of power north of the alps – it was also called the rome of the alps.

The impressive building is a remarkable sign of its’ former representation, aspiration and authorical political show of force from the prince archbishops. The aim of this system was to protect the principality and the archbishops from attacks. In fact, the fortress had never put their defense function to test. Most of the time lived the prince archbishops in the residence of Salzburg, the city palace in the heart of the old town.

The steep rock cone has been estimated over the centuries as a strategic location at the northern edge of the Alps. In 1077 for the first time a fortification of the residential town was built under the Archbishop Gebhard Ist of Helffenstein. The reason for this first construction was the investiture controversy (a contorversy about who is able to rule the land – the church or the king – in Europe during 1076-1122)  between the german emperor Henry IV. and Pope Gregory VII. Since this threat the Archbishop as a person responsible to the pope and the german emperor.

After Archbishop Gebhard was forced into exile in 1085, his successors have completed the construction projects. The Fortress of Hohensalzburg was built in three phases, which always opposed the development of far-reaching offensive weapons stronger fortifications. In the course of an intensive construction under Archbishop Leonard von Keutschach the fortress became in 1500 their current appearance. Under his ruling time the “High floor” was expanded in 1501 as Pallas, cisterns were created, increasing existing towers.

Today the Fortress Hohensalzburg is a popular destination and a central point for Salzburg visitors. Highlights include the magnificent state rooms, which are among the most beautiful Gothic profane rooms of Europe, the promising Reckturm with its 360-degree panorama and the Fortress Concerts in stylish surroundings. But also the actual tower blowers on Sundays over the roofs of Salzburg are a great attraction.

Moreover, it is important to discover the torture chamber, the illuminated lower chapel and the Fortress Museum. Or just stay for a few moments under the ancient lime tree in the idyllic courtyard. Definitely there are some story to tell. Ask the lime tree about the “Stierwascher”/”bull washer”. 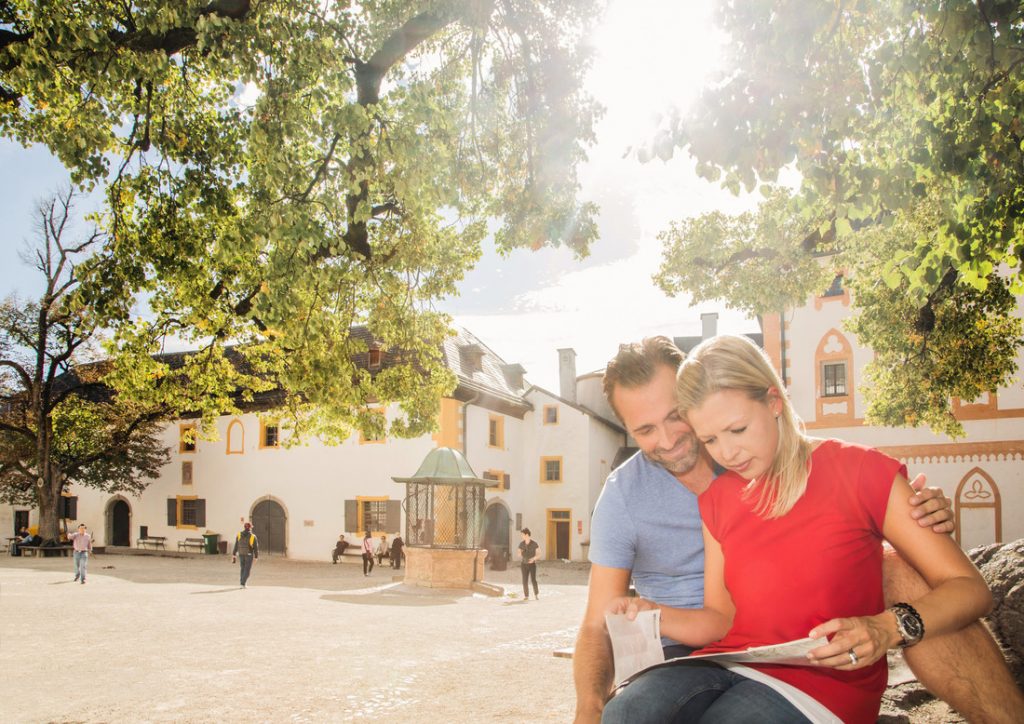 But how many towers does the fortress Hohensalzburg have? What do you guess? If you know the skyline please go back to your own picture memories and try to count them.

Leonhard von Keutschach (1495 – 1519) made further building progress at the fortress as a place of power in Salzburg. He also gave the people of Salzburg the present of the “Salzburger Stier” (a big pipe organ within the cabbage tower – but not the story of the ‘bull wascher’) and built the Kuchlturm (kitchen tower and a bakery). So we count now five towers during Leonhard’s time.

Actual you get now the following overview over the fortress towers: 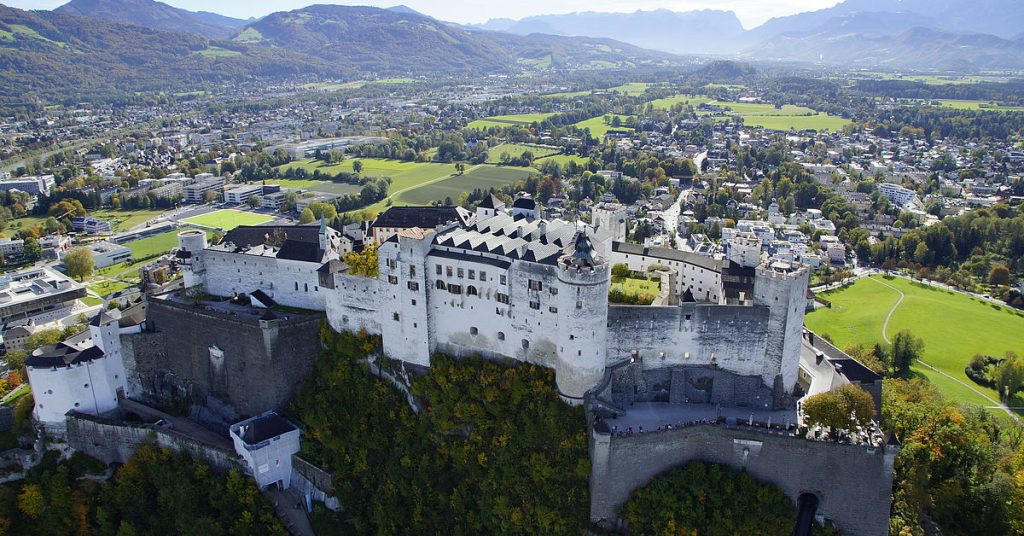 Seen from the city of Salzburg

Inside of the castle

6.  Kuchl tower moat: built by Leonhard von Keutschach; there were a lot of cannons located

About the fighting activities of this impressive fortress and the legend of the bull washer we come back in the next blog. Have fun and enjoy the city of Salzburg with Be Special Tours! 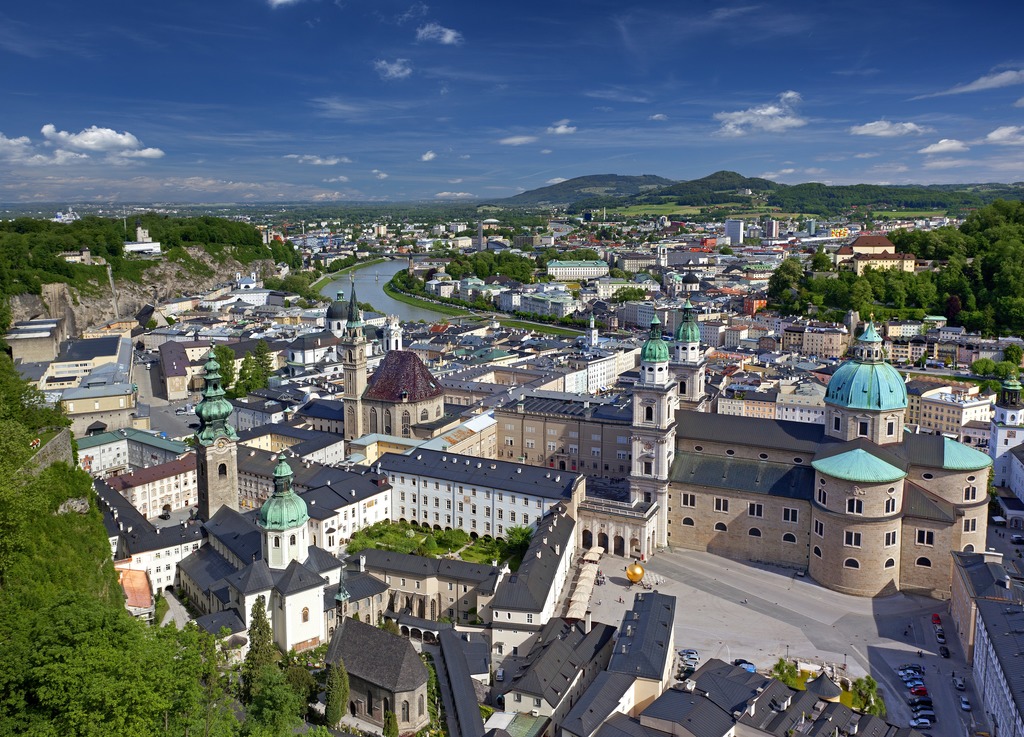