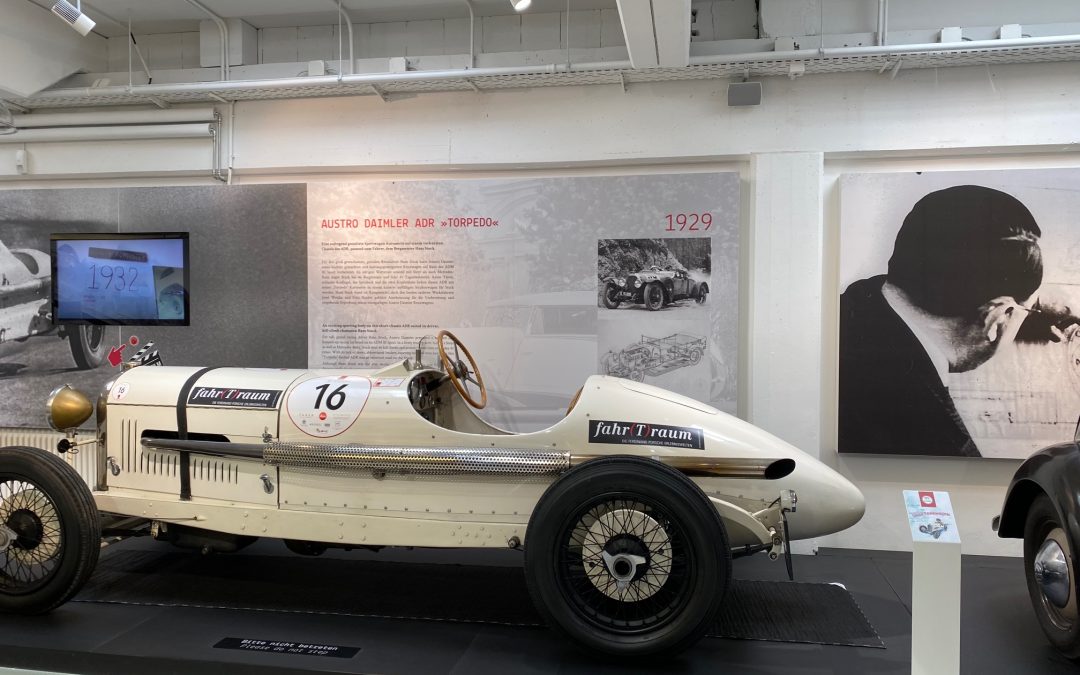 There is a great and new museum in the area: The Fahr(T)raum, north of Salzburg shows you the innovation and the most famous creations of Ferdinand Porsche. 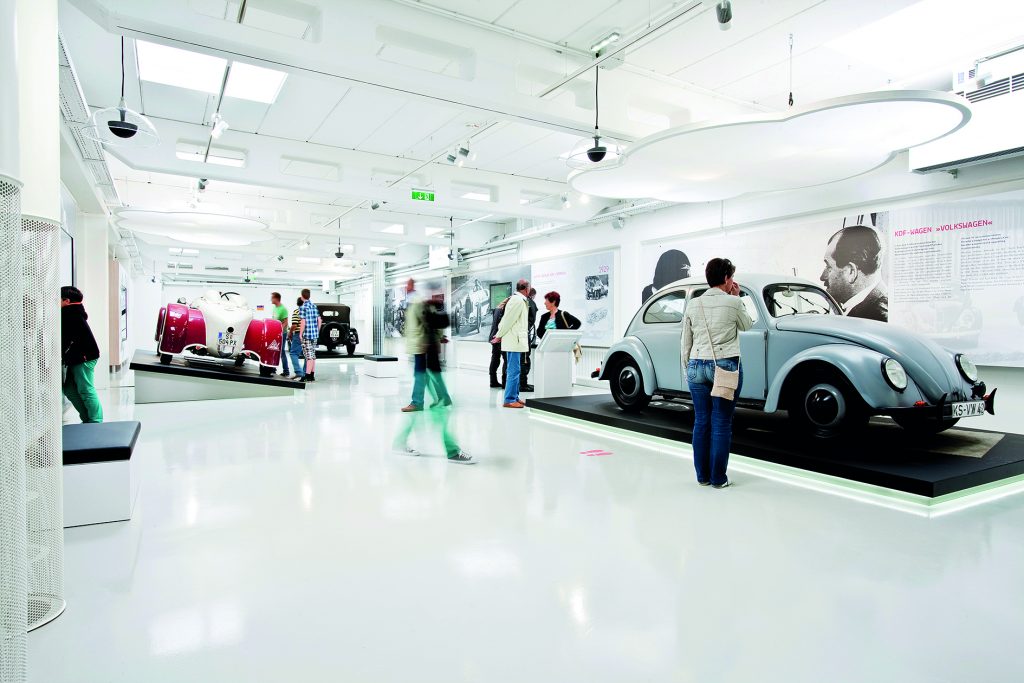 We are sure you that everybody who likes vehicles, or is a fan of innovations and some great memories will love this place. It is a place for young and more mature “children”, or just a feast for the inner child to get ideas and how to realize them.

a fascination of technique, Innovation and Creations

The Fahr(T)raum in Mattsee combines many things: One of the first car creation from Ferdinand Porsche, to trucks and tractors that he developed, as well as his creations of cars during the first and second world war and the different milestones of Ferdinand Porsches innovation’s career. You will discover many new things and aspects about this innovative man and learn definitely a lot.

Ferdinand Porsche was born in 1875 and moved to Vienna where he went to a higher technical school and participated at some lectures (without being inscribed to the University) at the technical University go Vienna. He learned there some basics and tried immediately to put it into practice. Already in 1893 he worked for an electrical company in Vienna and his career developed quickly. He started to develop already the first hub engine and patented it in 1896. In 1899 he worked for the Lohner company where he developed the Lohner Porsche, the first electrical car, the first 4wheel drive and the first hybrid car. In 1906 he moved to Austro Daimler where developed the first passenger cars, flight engines and sportive cars. In 1908 he won the first reliability race and many sportive cars until 1923 when he moved to Daimler Mercedes in Stuttgart where he even became part of the board of Directors. In 1928 he dropped out of Mercedes Daimler and opened his own construction and design office. During the second world war he developed the KdF car which was also used for the VW beetle and the collaboration continues until in 1946 he decided to construct with his son Ferry the first Porsche, the model 356 in Austria. He remained in Austria while his son founded the Porsche company in Stuttgart. He died in 1951 and was buried in the family estate in Zell am See, close to Salzburg.

The museum shows a long history, has many installations with more background and side exhibitions of the history and achievements of Ferdinand Porsche. 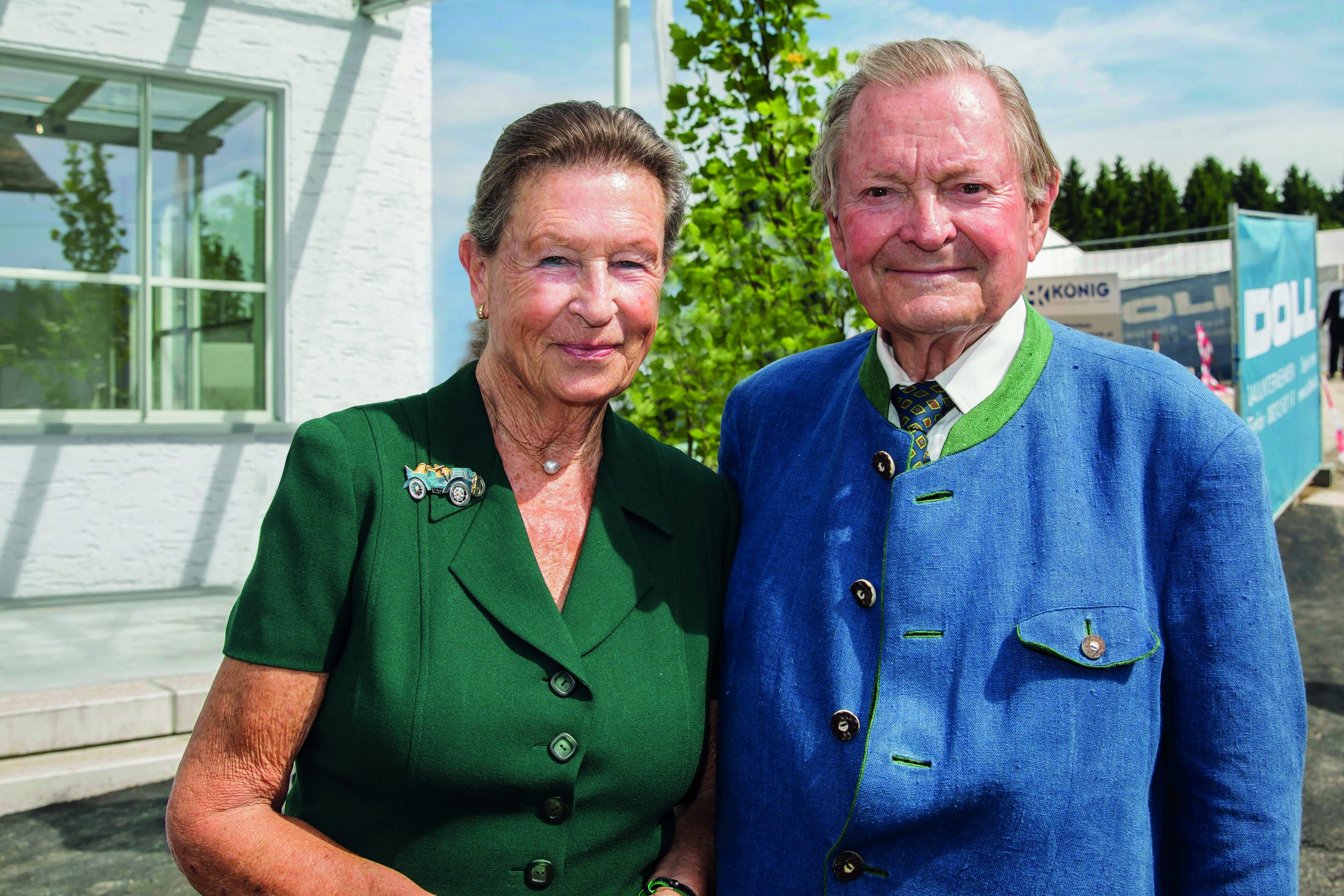 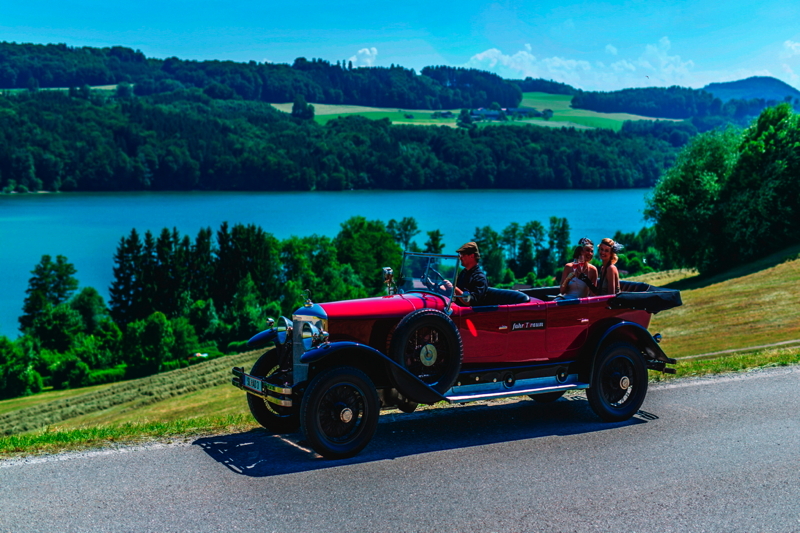 The fascination of antique cars and machines

The exhibition of these cars is in an old storage hall but will be also added for a new exhibition space to show also the airplanes and the engines that Ferdinand Porsche developed. The most surprising part for us is to see that many technologies that we are now selling as new ideas have already existed and have been developed. Nowadays we have evolved some of the achievements of Ferdinand Porsche but in the basis it is still the same. The Hub engine are used in the formula1 but who know if that is also coming back in future cars.

But the museum does not only show the innovations of Ferdinand Porsche, also besides cars but has one of the biggest collection Porsche tractors and also some of the trucks that Ferdinand Porsche has helped. Besides the machines and cars there are many things to entertain also the younger, or remained younger guests with a live race of vintage cars, one of the biggest public Carrera race track to play with and to experience the fascination of mobile technology.

The Fahr(T)raum at Mattsee also offers a unique experience for most of the museums: You can also book a drive around the lake district area with one of the antique cars to experience how driving was in former times. The roads were unfortunately not as good as we have them nowadays but the experience of driving on nowadays roads with an antique car is unique and definitely special. You will also experience and see some of the best picture spots of the northern lake district area of Salzburg.

Come and experience a unique museum and get inspired for innovations and new technologies. Maybe you will also see that the boarder of not developing a new thing is mostly our imagination and not the possibility to create something new. A dream can also be to just not growing up and keeping the toys or to create something lasting for the next generations.

Before the exit there is the possibility to enjoy a coffee in the cafeteria or to enjoy the library and looking through one of the books that bring you closer of how other people realized their dreams or their innovations.

Enjoy the world of Ferdinand Porsche and experience the drive with one of the antique cars: feel, smell and touch it. 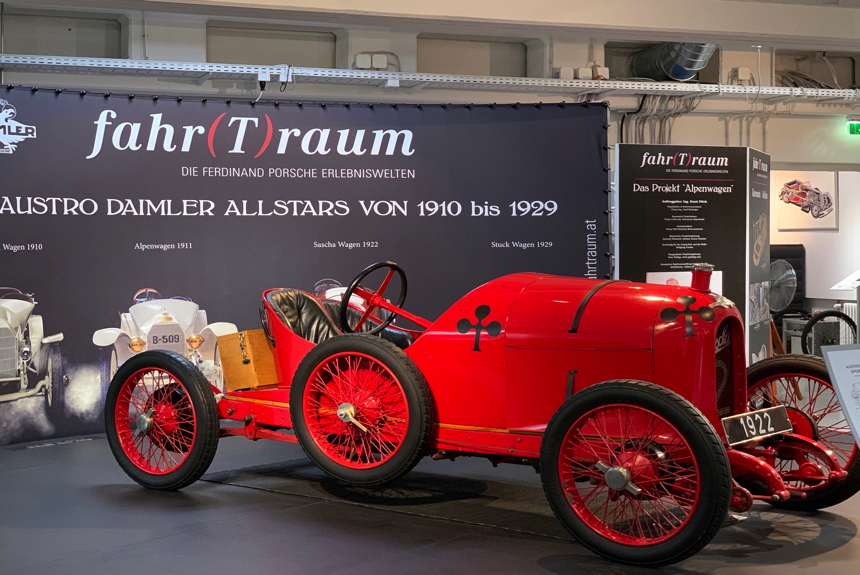 Drive with us to Mattsee during a day tour from Salzburg and enjoy the tour with the combination f the Hanger7 and enjoy a pastry and soft drink on one of the nicest locations of the lake district area of Salzburg: The historical palace of Fuschl. Learn more about what Salzburg has to offer besides the town and it’s movie and musical history. We are looking forward to meet you here in Salzburg, or Austria. Best regards and a good travel Be special Tours!