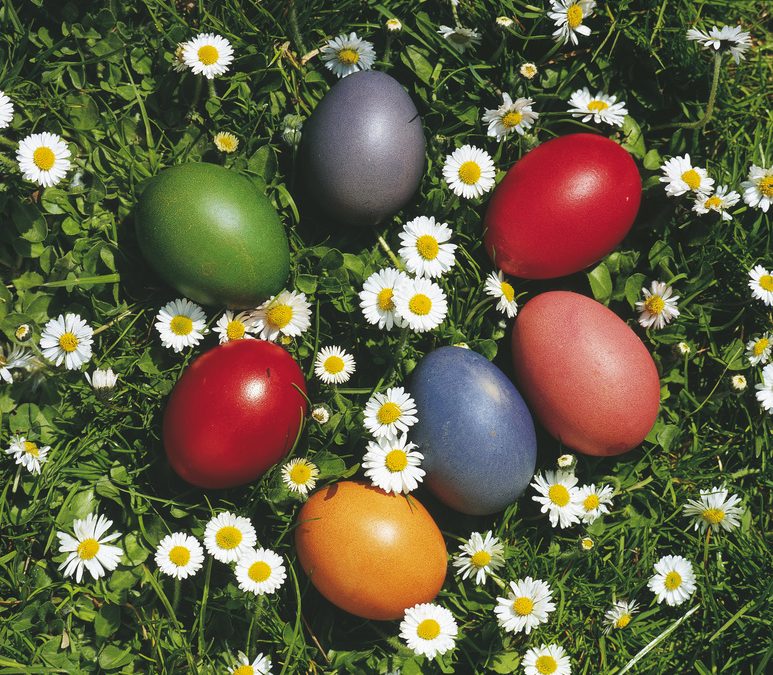 In Salzburg and it’s surrounding countryside we have a lot of easter traditions, some are completely different to the ones in the US. Of course some of them are connected with old legends and typical regional behaviors.

The inner circle of easter celebrations starts on Palm sunday with the typical palm. This is a kind of stick with different branches of different trees. In Salzburg it is made out of hazel bush, holly, yew, shinleaf, juniper, catkin, cedar, savin and oak, then a hazelnut stick and some soft willow sticks to hold it together.

These sticks are typically carried by the smaller kids and blessed by the priest in the church during palm Sunday. Of course they get a small gift from the parents and grandparents and the blessed sticks are then stored either on the garret or in the garden and the farmers stick them into the earth of their fields to protect and bless the harvest.

The original habit is coming from the entrance of Jesus in Jerusalem where real palm leaves were used. The tradition was already mentioned in the 7th century and of course, regionally you find a few differences mainly in the combination of the palm trees and also who carries them. In former times, when the rural population was strictly subdivided in farmer and farm hand, only the heir to a farm was allowed to wear a big palm stick – the others were only allowed to wear one leaf brace.

There is also a saying of the one who is the last out of bed on Palm Sunday: it is the so called palm donkey.

This saying is also connected with an old tradition still done in some smaller villages of the countryside (eg. Puch, Saalbach, Thomatal). There one of the altar boys is riding on a living donkey during the palm ceremony. Similar to the entrance of Jesus in Jerusalem. 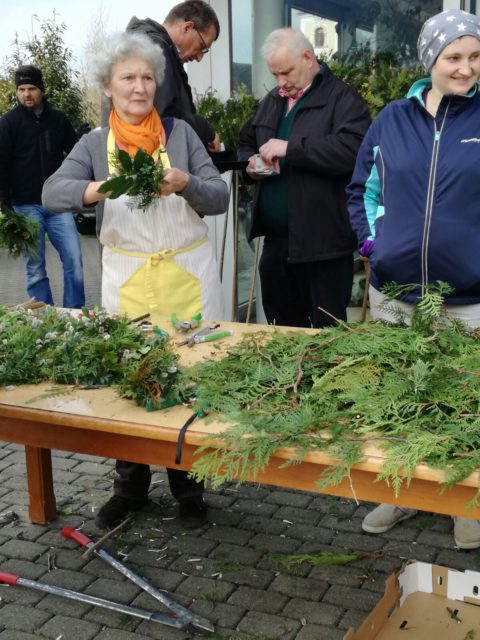 Furthermore we have a very special tradition here in this region called easter eggs or “ANTLASS Eggs”.

Traditionally the eggs are colored in the Holy week before easter. Of course, you can buy them in the supermarkets already weeks before. BUT the special ANTLASS Eggs are laid on the Holy Thursday, Good Friday and Holy Saturday. Antlass is dating back to the old tradition of release of the church repentance in the middle ages.

This special eggs are used for the food sanctification on Easter Sunday and then they are thrown over the roof of the house to protect it and bless the house and of course – every one – especially the kids – eat one of the Anltass eggs to stay healthy and lucky in the following year. 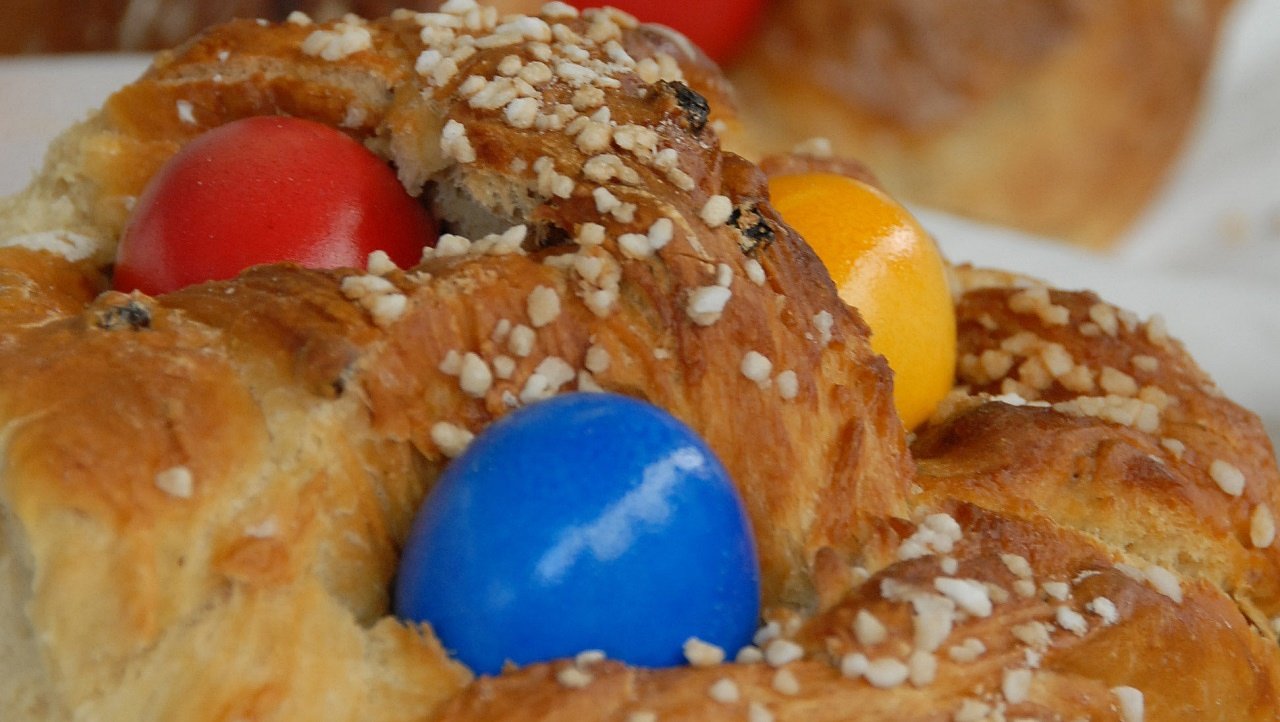 We have here in this area special kind of bread at easter – it is called “GEBILDBROT”. Some bakeries still make them in Salzburg city during the easter period in the traditionally way. It is a hand formed bread looking like a easter chicken or a easter cluster often with a colored egg inside. This is usually given from the godparents to the godchild as a easter present.

On Easter Sunday you can find in almost every church the so called “Speisenweihe”: Every family brings a basket with food for sanctification. Usually you find in the basket butter, salt, bread, eggs, ham, paschal lamb (a sweet cake in the form of a lamb). This tradition of sanctification milk and honey was already mentioned in the 10th century.

The typically items that can be found in almost every shop during easter time is the Easter rabbit and the colored eggs. The rabbit as symbol of the old celtic good Ostara was over the centuries connected with Easter and in the legends he is bringing and coloring the eggs. The egg is in the christian tradition the symbol of living and rising.

Sometimes also a paschal lamb will be used as symbol of rising. Also the white fur of the lamb is connected with the clarity and peaceful life of a good christian.

The easter candle lightened on Holy Saturday to Easter Sunday is the symbol of resurrection of Jesus and therefore the symbol of the walkover of life against death. 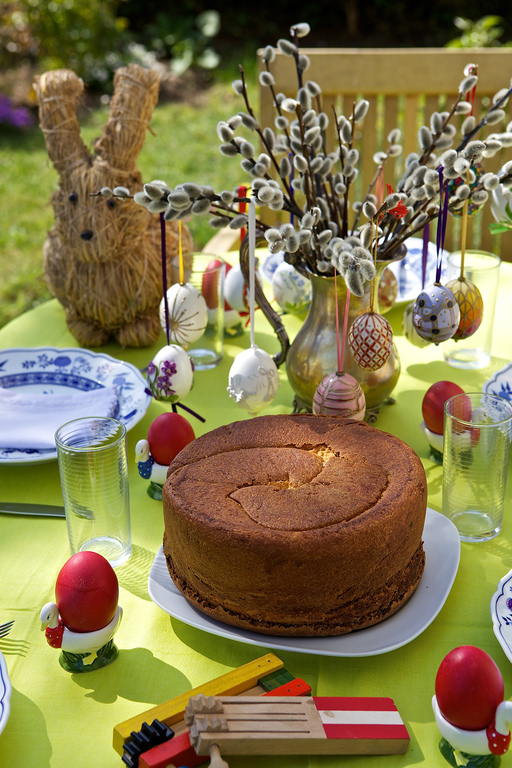 A rather rare tradition at Easter time you can find in the church of Grödig (a small village of about 15 min away from the city center). There the Holy Grave will be rebuilt and in front of the Grave they hold watch – the so called “Grabsteher”. Uniformed members of the local Shooters Club (“Prangerschützen”) took over the old tradition in the Middle of the 19th century to protect the Holy Grave. Only non-married young guys are allowed to protect the Holy Grave. The guard replacement is done every 30 minutes following a hand-over ceremony.

We also have some Easter crèches showing the last days of Jesus’ life and his resurrection. This is not as well known as the Christmas Crèche.

They were founded in the baroque period in Salzburg and since the year 2000 you find it in the “Salzburger Heimatwerk” (on residence square in the old town of Salzburg) an exhibition of the Easter crèches: with wood carved and thrown passion presentation and cross presentation also like monastery works.

In the night from Holy Saturday to Easter Sunday the Easter Fire are bright shining over the area: These really timbered wooden towers are often up to eighteen feet high and filled with wood to burn for a long time. They are lightened to show the pleasure to Christ resurrection.

In the Flachgau (south of Salzburg) the Easter Fire is burned before they celebrate the mess of resurrection and then they lighten Easter candles in the church. So then everyone can lighten his own candle from the Easter candle and takes it home as a Easter light and peace light. 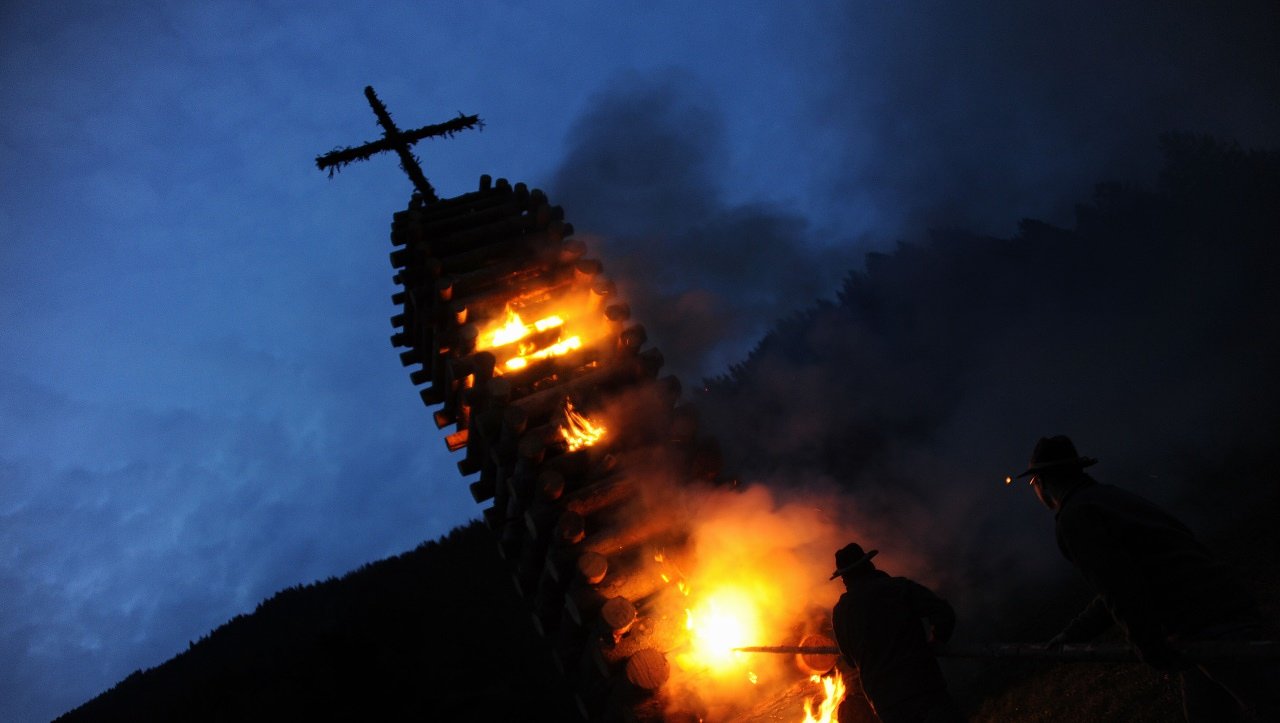 Traditionally in this area it is that the bells of the churches are not longer ringing from Holy Thursday onwards. Traditionally there is the saying that they are flying to Rome and come back after Christ resurrection. Also the crosses with Jesus in the Church are covered during these days with a violett drapery.

In the time of NO Bells, the “Ratschen” take over this job. The tradition is dating back till the 8th century and the ratchet will be used from smaller boys to count every full hour during the time of Holy thursday till Holy Saturday. Originally this tradition to make a loud noise may go back to magic-celtic heritage to protect themselves with noise against bad magic. 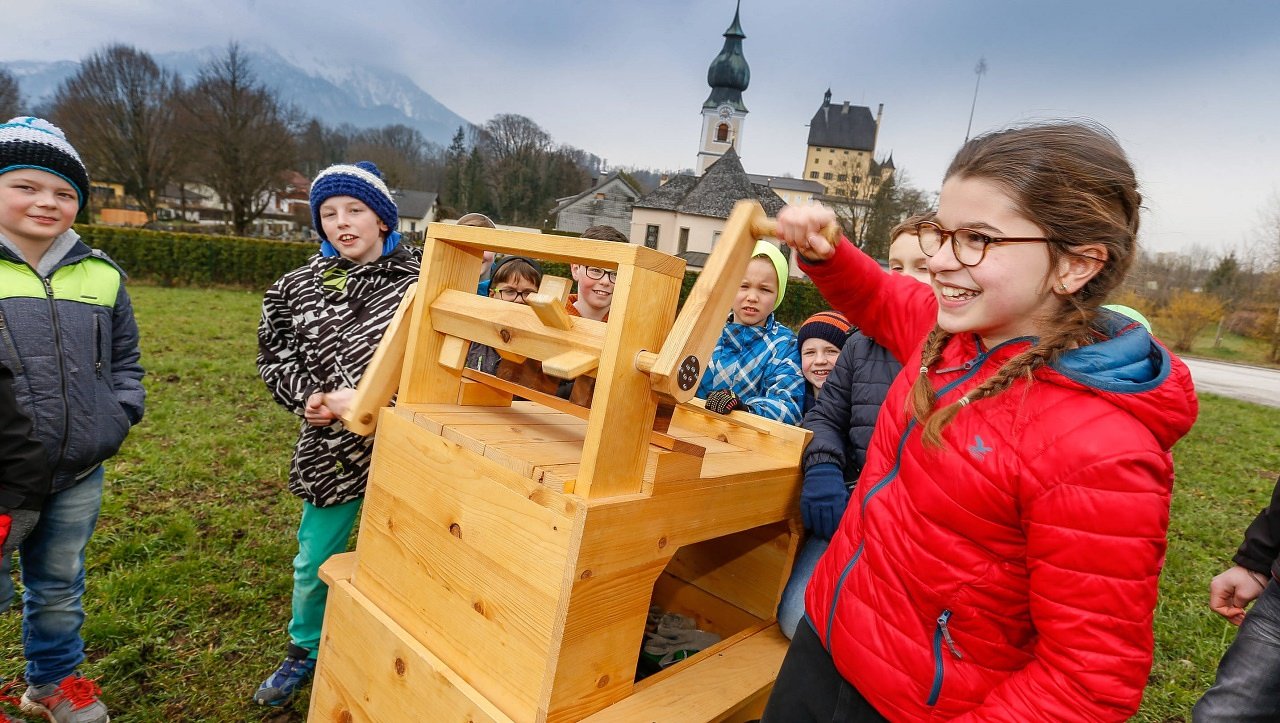 The so called “GONESLAUF” is a kind of game between young teens in a certain region of Salzburg (called Lungau). It should indicate the end of the easter weekend and is usually played on Easter Monday.

They build a line and the couples are behind a guy who is single – this one is the so called “Gones” (male goose) who has to meet his girl. Then he shouts “Gones, Gones, Kikeriki, des lithe Paarl her für mi” and the last couple in the row has to run away and the Gones tries to get the girl of this couple for himself. If he is successful the other guy has to take over his role to catch a girl as “Gones” otherwise the old “Gones” has to try as long as needed to get his girl.

This tradition has been celebrated in the Lungau for centuries.

So we hope you have the time to enjoy Easter in Salzburg or Austria and get in touch with our traditions and legends in our country. Enjoy spring time and the blossom of our wonderful fresh green and florescence.

See you soon at Be Special Tours! Greetings to all of you!