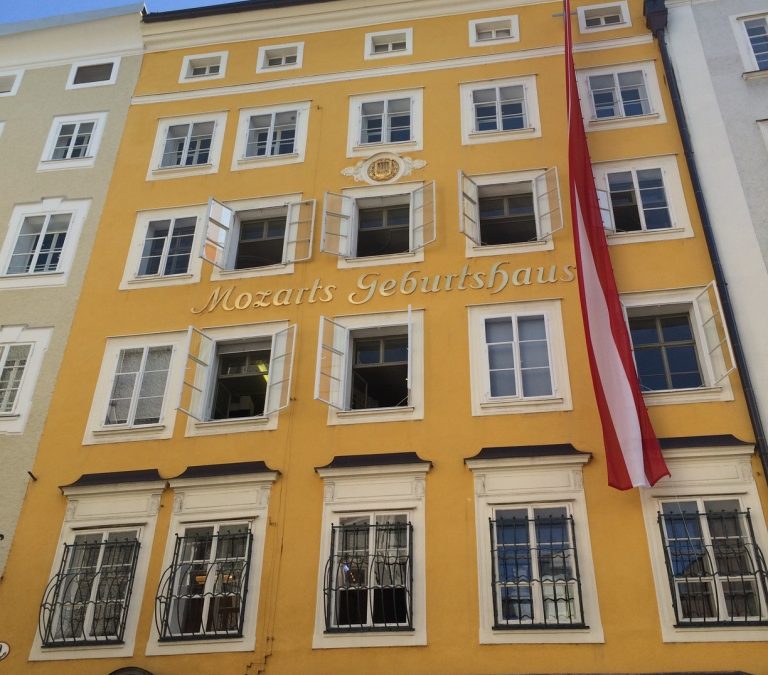 Salzburg is all about Mozart, the most famous son of this town. You will find Mozart almost everywhere in the old town of Salzburg: From a giant mozart ball, to the mozart’s square, the mozart’s bridge, the Mozart’s balls and the mozart ducks. But there are also two very important buildings: The Mozart’s living house where the family of Mozart lived before moving to Vienna and the even more famous Mozart’s birthplace. Nowadays a museum to show the life of Mozart, his work and the life of Mozart in Salzburg.

The museum is on 3 floors in the building in which Mozart was born: On the first floor you will learn about the travels of the family Mozart and the lifestyle. In the 18th century it was something very unusual where traveling was very difficult and very long. The studies proofed that Mozart was traveling for about 11 years of his life and had definitely a traveling bug. But these travels also influenced his life, his creativity and also his operas. The life in the 18th century was not easy but Mozart made this life easier and took it with more humor.

The birthplace of Mozart also demonstrates that the family of Mozart was a very good middle class family and had a clean and nice apartment and lived quite well for that time. The ceiling was not very high but since it had in each room an oven the rooms were very warm and comfortable. The family is also a typically family at that time when families had lots of children but unfortunately the child’s death rate was extremely high. Mozart’s mother Anna Maria gave birth to 7 children and only 2 out of them became older than 2 years. It was nothing unusual at that time due to the fact that many children died very early. 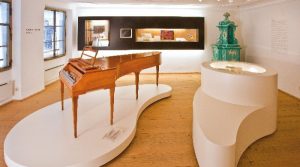 The Mozart’s birthplace shows very nice and in a good way some original arts of the Mozart family, see the violin which Wolfgang Amadeus Mozart was supposed to play because before he was able to play the piano he learned the violin. It shows also the life in Vienna in which Mozart lived his creativity and enjoyed his life more. On the second floor on which also a souvenir shop has been installed the operas and theaters of Mozart and how he imagined that his operas should be performed. Each room and exhibition item has an explanation in german and english besides. In addition it is possible to download an app for free and having all the explanations in other languages and to repeat then at home any time you want. So enjoy the Mozart’s birthplace and enjoy to get more into the life of the 18th century, the circumstances and the mastermind of Mozart!

The tickets and dates you get directly at Bespecialtours. Have fun in Salzburg with Be Special Tours!