Emperor Charles in the Untersberg Mountain

The Untersberg mountain and Emperor Charles

The Untersberg mountain is one of the “house mountains” of Salzburg. The highest mountain surrounding the city of Salzburg is mysterious, dangerous and fascinating at any time of the year and there are many mythologies and stories about it. 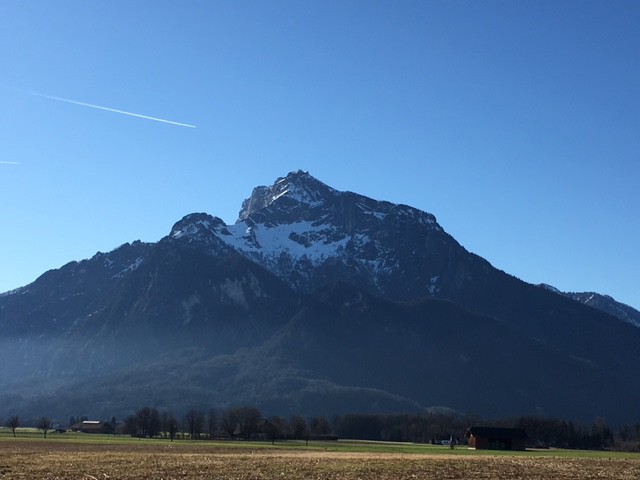 The old Emperor in the Untersberg mountain

In the mountain there are many caves. Whoever finds the right, can deeply go into the mountain through the cave. And if he is lucky, he can see the old Emperor, as he sits with his men at the table there, eating and drinking and waiting until his time comes to return, when he takes off, gets out of the mountain at the top of the good to destroy the evil.

But the one who finds him must not give a  sound, otherwise he has to stay in the mountain with the Emperor and wait and wait.

But if he comes happily out of the Unterberg, then the color of his hair changes into gray. At some men this has already happened. 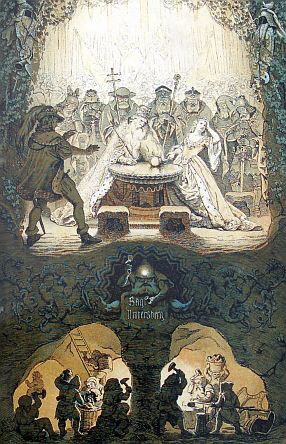 In the miracle mountain sits besides other royals and noble lords Emperor Charles, with a golden crown on his head and his scepter in his hand. On the large Walserfeld (a large field between the city Salzburg and the mountain in the village Wals) he was delighted and has maintained his original form, as he had it on the temporal world. His beard has grown gray, long and covered him the golden chest piece of his clothes entirely. At honored days his beard is divided into 2 parts, one is on the right side, the other wound on the left, with a precious pearl ribbon.

The Emperor has a sharp and profound face, and he shows amicably and collectively against all subordinates that go with him in a beautiful meadow back and forth.

Why he is staying there and what his job is, no one knows, and is among the mysteries of God.

So let us show you this mountain