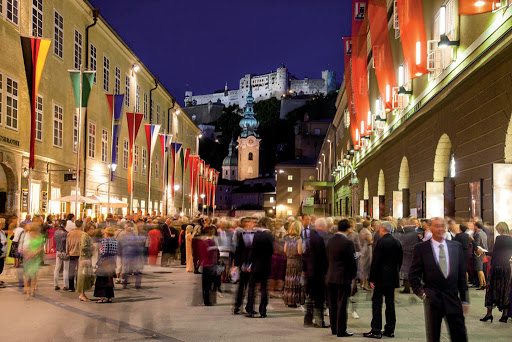 The easter music festival in Salzburg was foundet 1967 by Herbert von Karajan. This year the festival celebrates its 50th anniversary. Every year new opera productions and some few concerts are brought to Salzburg or started newly. The festspiele last for ten days and has the status of the most elitist festival in the world. It is in organisation and in financial matters completely independent of the Salzburg music Festivals in Summer or Whitsuntide.

From the year 1967 till 2012 the Berlin philharmonic orchestra was the leading music center of the festival. The main location has always been the big opera house in Salzburg and also the concerts in the Mozarteum and – that is a speciality – in the bar republic. The republic is a location for young people with restaurant and bar and also offers a variety of cabaretts and concerts and at Easter it is part of the festival location. The easter festival in Salzburg was the only place in the world where the berlin philharmonic orchestra played opera (except some co productions) and they also founded by Claudio Abbado a line of chamber music concerts called „Kontrapunkte“. 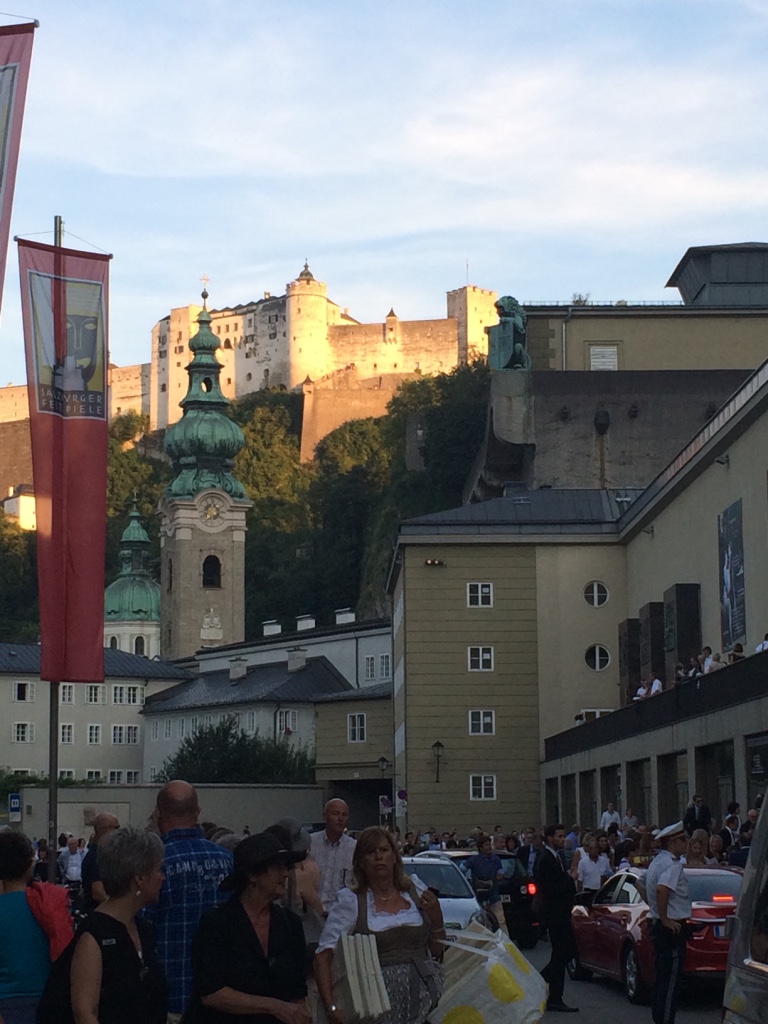 Starting with Herbert von Karajan in 1967 they played big operas like „The Walkyrie, Siegfried, Fidelio, Twilight of the gods, Tristan and Isolde, La Bohème, Lohengrin, Il Trofatore, Parsifal, Carmen, Don Carlos, Don Giovanni, Tosca“. After Karajans death they played „Fidelio, Le nozze di Figaro“ before in the year 1992 Sir Georg Solti took over the oar with „The wife without shadow, Falstaff“.
In the year 1994 Claudia Abbado started to organize and played then „Boris Godunow, Elektra, Otello, Tristan and Isolde“ and so on.
2003 till 2012 Sir Simon Rattle organized the Easter Festival and his big operas were “Fidelio, Cosi van Tutte, Salome, Carmen, Siegfried, The Walkyrie“ a.s.o. 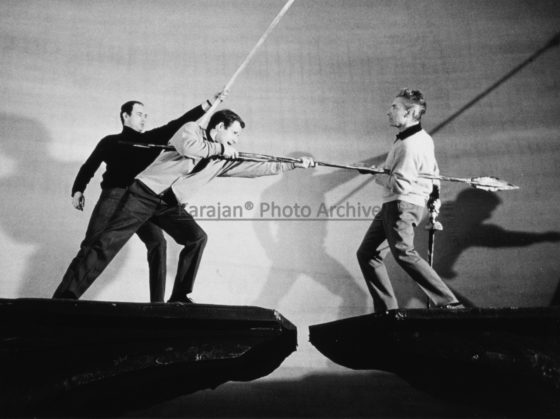 In the year 2013 also the orchestra changed – now the Staatskapelle Dresden is the main orchestra in the Easter Festival and Christian Thieleman is organizing the festival opera. He already staged Parsifal, Arabella, Otello and in the year 2017 to celebrate the 50years anniversary they are staging The Walkyrie from Richard Wagner again. Completely different from the stage than in 1967, but the same opera with some special highlights. They are using the same set made by Günther Schneider-Siemssen in 1967, and Vera Nemirova directs a new staging.

And also 2017 for the 50 Years Easter Festival Celebration they have two guest orchestras – The Berlin Philharmonic (Mahler’s Sixt Symphony) and The Vienna Philharmonic (with Beethoven’s Ninth).

What is really eyecatching that the Easter Festival has nearly 92% own capital covering through membership and sponsors the Festival. Only 8% are coming as subvention from the public authority. This is going back to the founder Herbert von Karajan who sold fixed places only for people that are sponsors of the Festival (price for sponsor: adult 300€, teens: 50€) and only as a sponsor it is possible to buy the ticket for a opera show and three concerts. For a short period of time it is possible to get tickets without membership. One of the cheaper tickets (between 5-50€) are the ones for the chamber concerts – this is also our tipp of #bespecialtours.

A small side-note: – where a lot of money is located also a scandal was near – in the year 2009/2010 they was the reasonable suspicions of deception and also defalcation. As a consequence the organization, structure and the personal has been changed in the year 2010. The “Easter Festivals Salzburg GmbH“ is now also owned by the City of Salzburg and the Country of Salzburg as shareholders to undergo the rule of publication by the state.

We hope you take the opportunity on your visit in Salzburg to hear one of the concerts or of being one of the lucky ones with a ticket for the opera! We wish you a nice and pleasant stay in our wonderful city and hope you enjoyed the trip into the world of music. Best regards Be Special Tours! 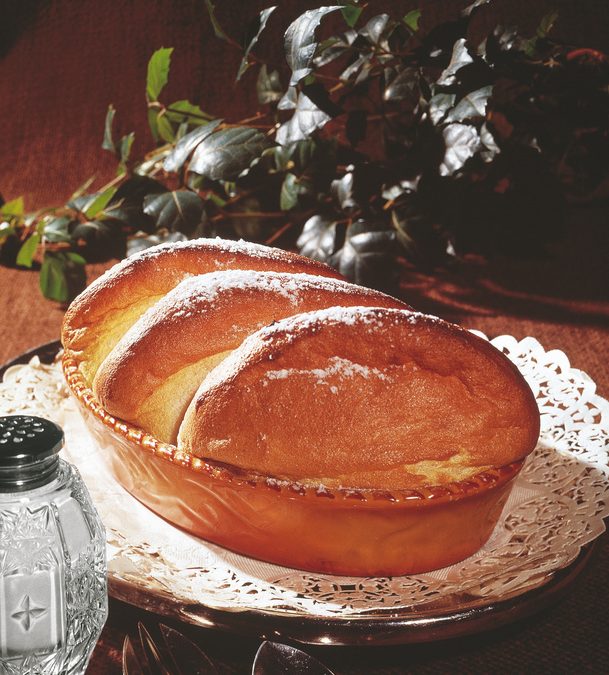 Did you already try the Salzburger Nockerl?
In our story you can read why they are so important in Salzburg and what they are for and of course, where you can taste the best Salzburger Nockerl in the city and how to cook them by yourself.

Salzburger Nockerln is a sweet surprise in Salzburg. It is a speciality that comes from Salzburg and can be found almost in every restaurant in the center of the city. It is being served always fresh and is a dessert. Just be aware that the restaurants always need to make it fresh and that it will take around 20 minutes to make it. It is normally served for 2 people but can be easily eaten by more than 2 people. The portions are normally very big. 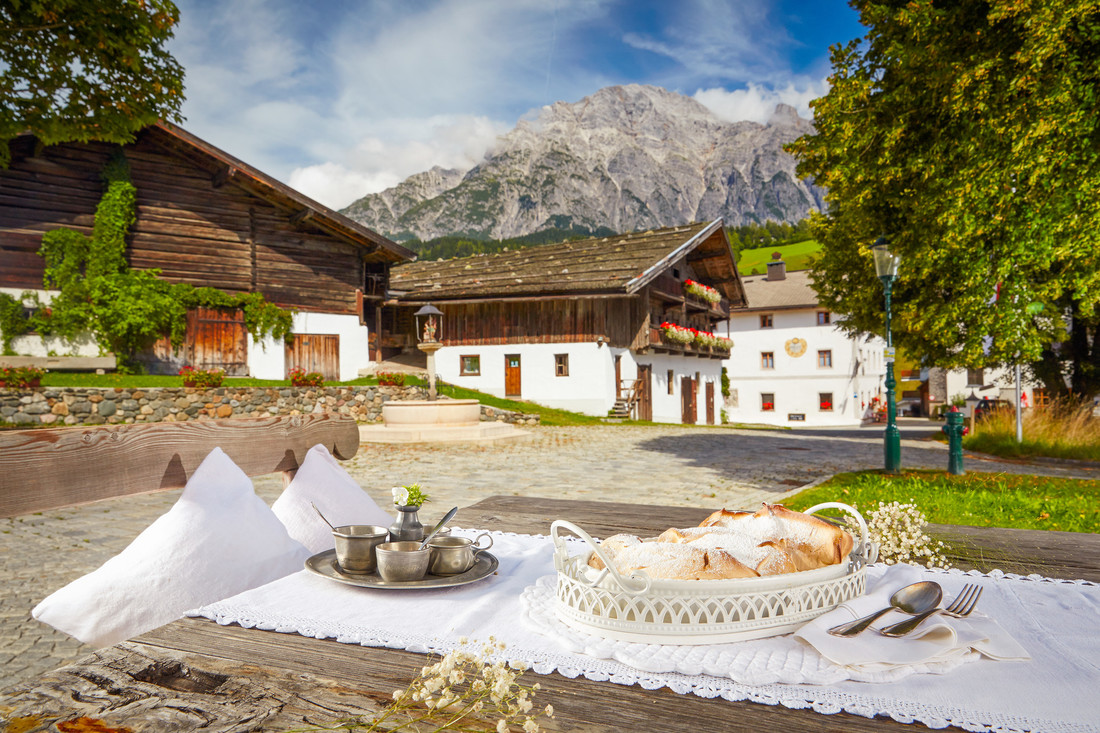 What is the Salzburger Nockerln and the significance of the form

It is said that it was developed by the girl friend of the prince archbishop Wolf Dietrich von Raitenau (a very interesting arch bishop who had with his mistress 15 children). She wanted to make something special to her special friend and developed a special dessert that show the three snowy house mountains of Salzburg: Mönchsberg (where the fortress is on top), the Kapzuinerberg (with the kapuziner abbey) and the Gaisberg (nowadays with a radio and TV antenna on top).

Some restaurants offer the Salzburger Nockerln also for 3-4 people and then there is a fourth mountain in it: The Untersberg mountain. But this can be ordered only in selected restaurants. The normal and more traditionally way is with the three peaks.

Each restaurant has its own recipe but the basic ingredients have to be: sugar, egg and flavor in order to be called the original Salzburger Nockerln. Some restaurant add also raspberry sauce, or increase the amount of vanilla sauce.

So once you are in Salzburg please try this sweet dessert. It is a highlight and will sweeten your stay.

The most original and our favorite place to eat the Salzburger Nockerln is the Restaurant at the Hotel Elefant.

So enjoy Salzburg and it’s specialities with Be special Tours. 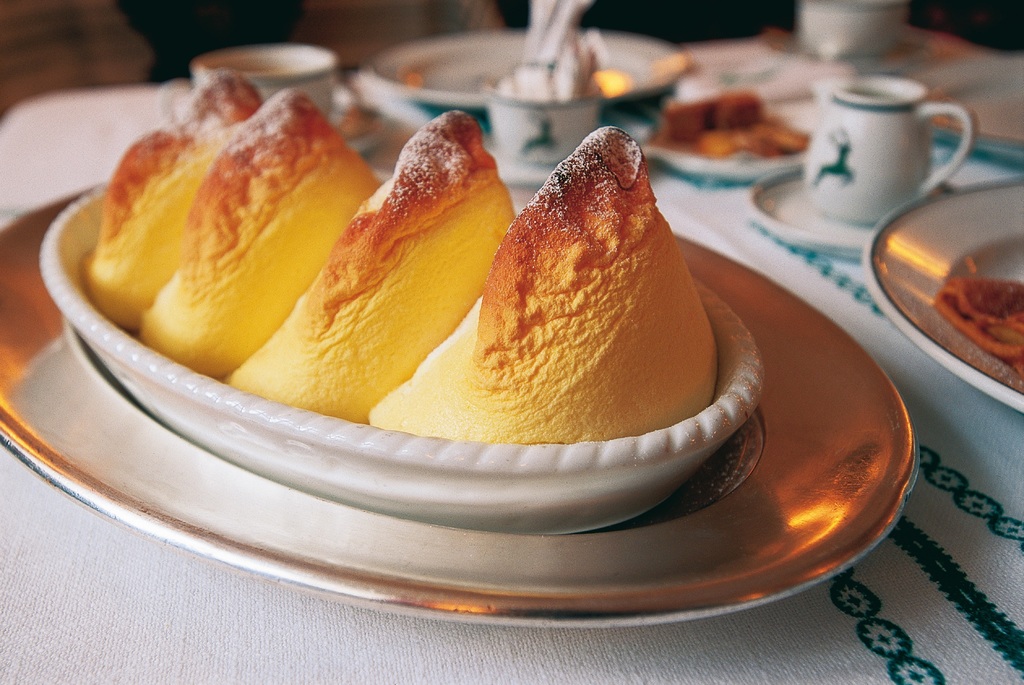