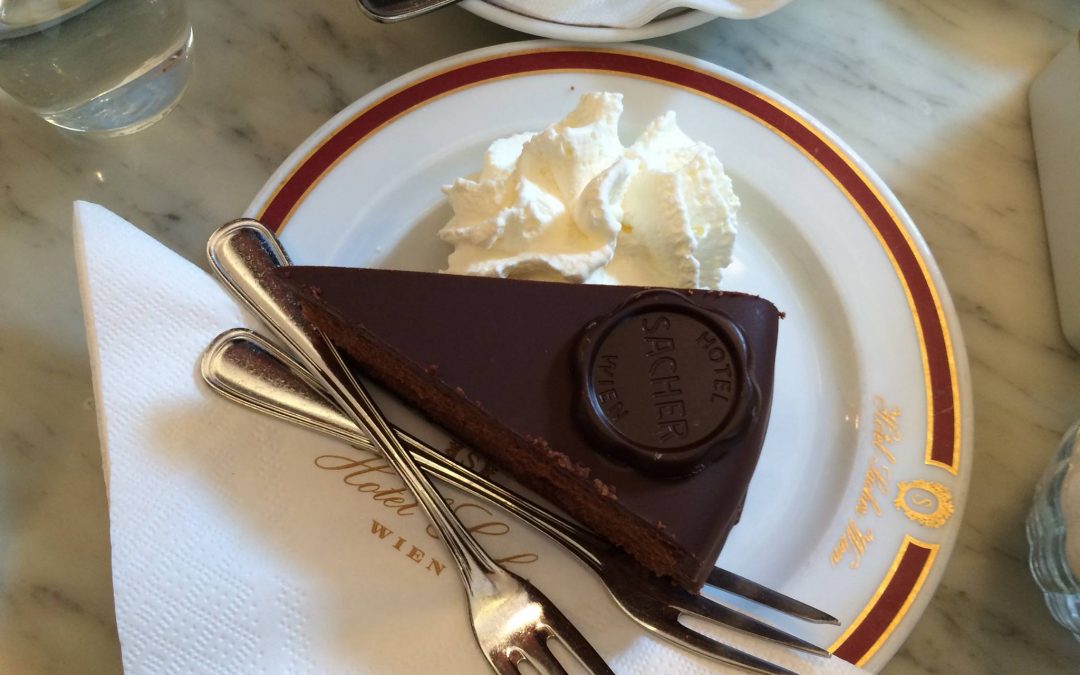 The famous Sacher cake has been around already for over 150years

The history of the Sacher Torte starts with the order of Prince Metternich in the year 1832. He wanted his court kitchen to create a special dessert. “But don’t be a disgrace to me, tonight!” he said. Unfortunately – or in this case – luckily the chef was sick that night and so the 16-year-old apprentice Franz Sacher in the second year (1816 to 1907) got his chance. According to the high desire of Metternich Franz Sacher created the basic shape of the Sachertorte.

The cake was loved by all who tasted it. But the cake was not given any further attention. Years later – in 1848 –  a deli was opened by Franz Sacher in Vienna with a wine shop. His eldest son Edward (1843-1892) made his apprenticeship in the “Hofzuckerbäckerei” Demel (pastry of the Kaiser) and completed during his time at Demel the composition Sachertorte as we know it today. The Sachertorte was offered first by the Hofzuckerbäckerei Demel. Then Eduard founded in 1876 the Hotel Sacher and offered the cake of his ancestors and himself in the Hotel & Coffee Sacher. 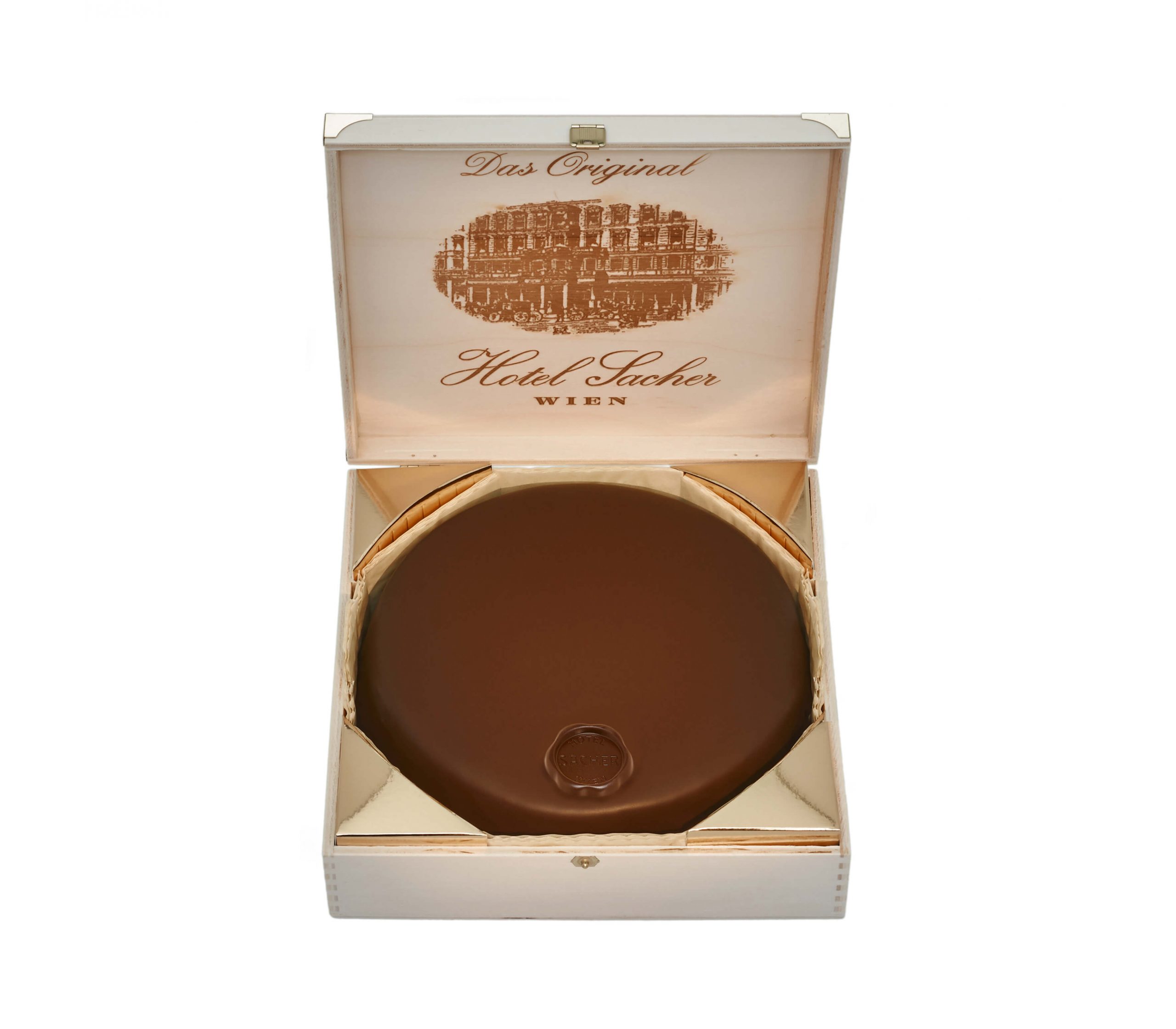 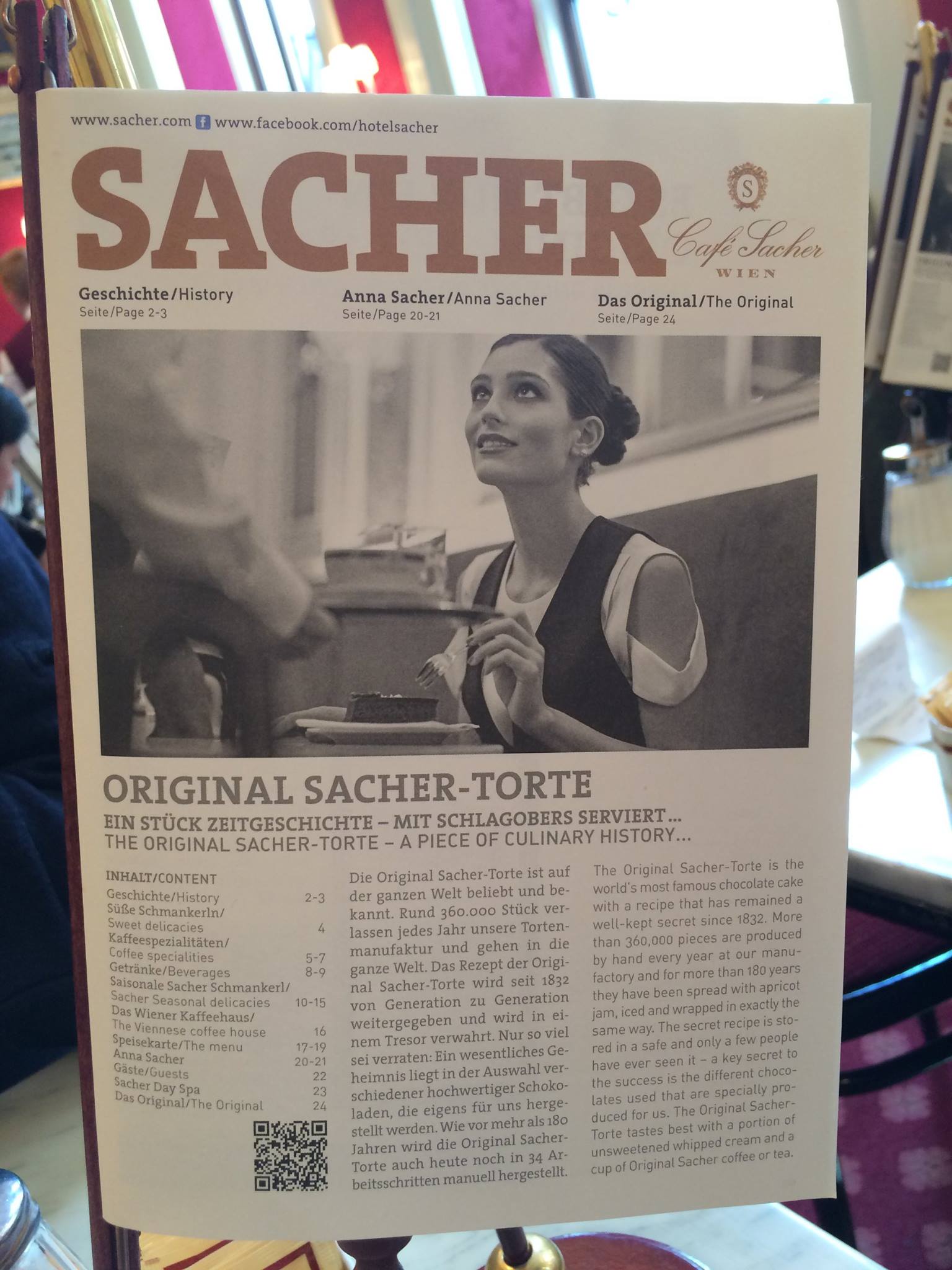 The Sacher Torte at Hotel Sacher in Vienna the “Original Sacher-Torte” and the “Demel’s Sachertorte” differ mainly by their jam layers. The “Original Sacher-Torte” has two jam layers below the chocolate coating and in the middle of the dough while “Demel’s Sachertorte”, which is still produced in the Hofzuckerbäckerei Demel, has only one jam layer below the chocolate coating.

More about the history of the Sachertorte, different recipes, its importance for Vienna and the dispute between the Hotel Sacher and Demel Hofzuckerbäckerei you will find on several sites online.

Also for your attention the following article over the 150 years celebration of the famous Hotel Sacher in Vienna 2016! 150 Years Sacher Torte Salzburg 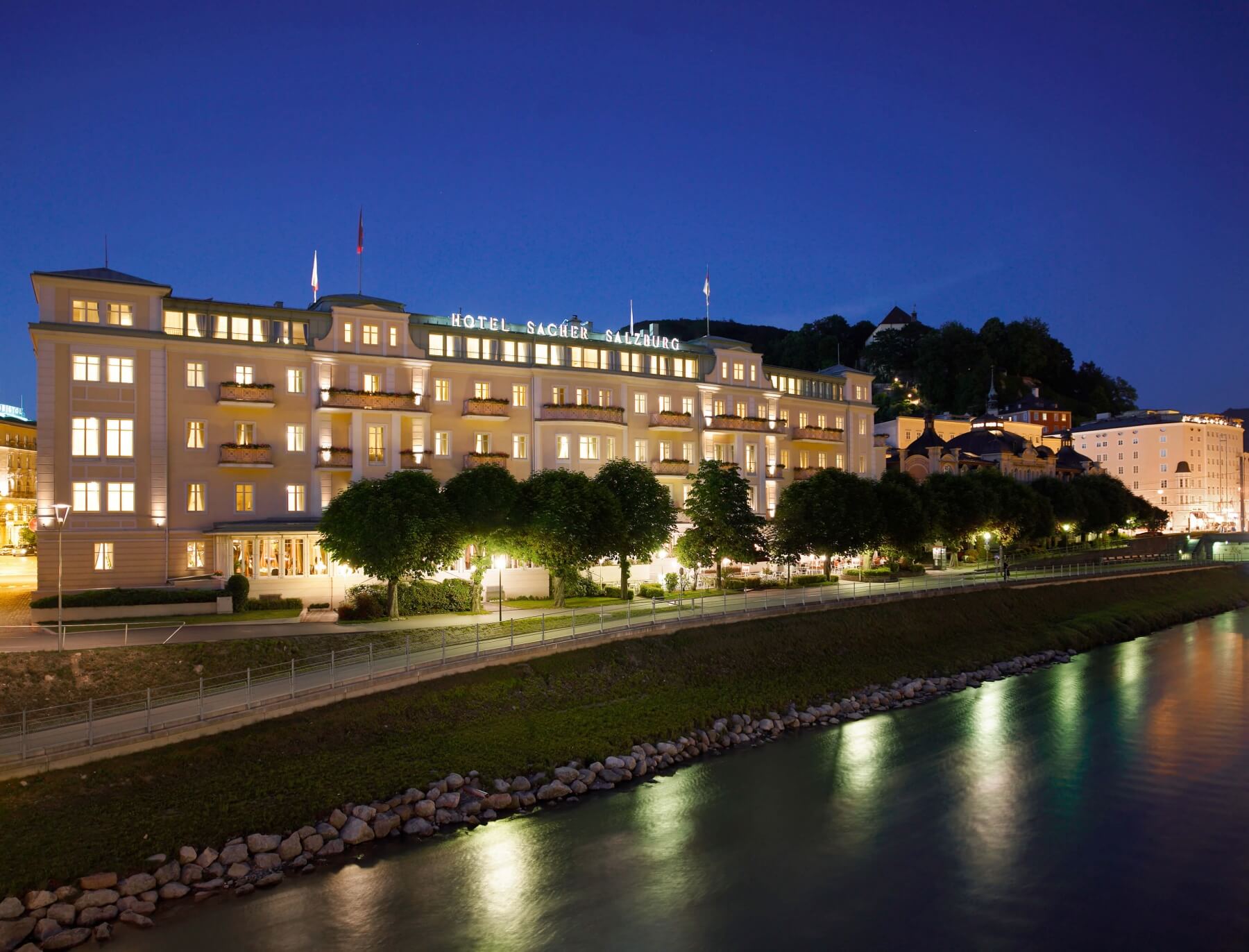 And of course! You will find the original Sacher-Torte in Salzburg and Vienna because here are the two Hotels located. Of course you will find in these locations the typical wooden boxes with the branding of the Sacher Torte and can buy it every where in the whole world at (Sacher Online Shop). If you love the taste of chocolate, you have to try the torte! And of course it is so typically for Austria like the Apfelstrudel or the Sound of Music Movie. Enjoy and taste it! Greetings from be special tours 🙂